Fresco of Emperor Charles V on a grey horse between Cardinal Alessandro Farnese (left) and Ottavio Farnese, Duke of Parma (right), leaving with their troops for the Lutheran War, painted 1561-63 by Taddeo Zuccari, 1529-66, in the Sala dei Fasti Farnesiani, or Hall of the Farnese Deeds, in the Villa Farnese or Villa Caprarola, a 16th century Renaissance and Mannerist fortified villa designed by Giacomo Barozzi da Vignola and built 1559-73 for the Farnese family under Cardinal Alessandro Farnese, in Caprarola, Viterbo, Lazio, Italy. This room is decorated with frescoes depicting the diplomatic activities of Cardinal Farnese. The Villa Farnese is now owned by the state and run by the Polo Museale del Lazio. Picture by Manuel Cohen 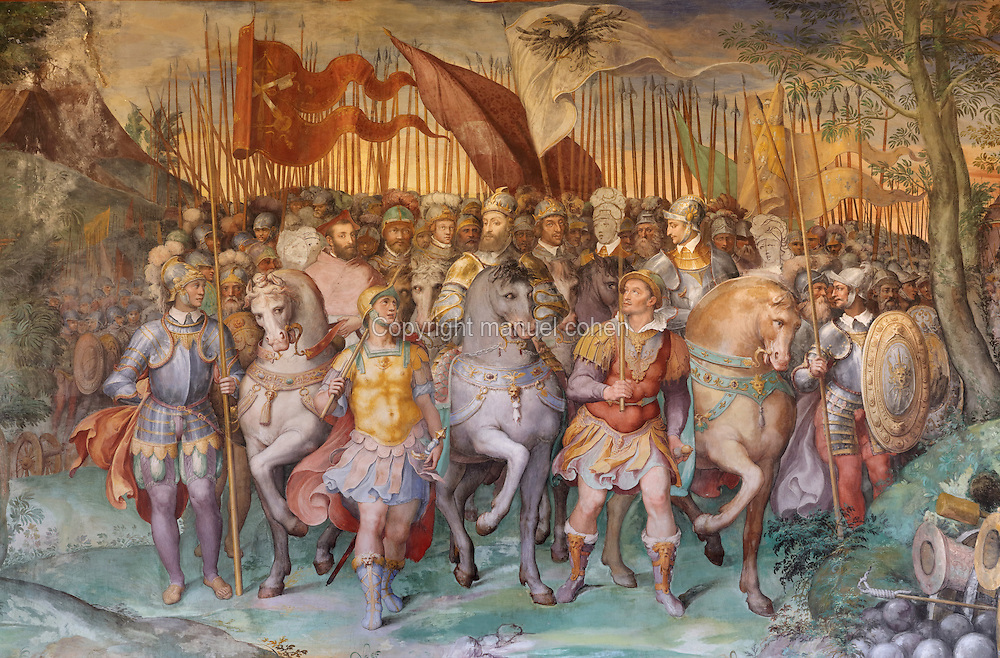