Muhba Shelter 307, a bomb shelter built during the Spanish Civil War to protect civilians from bombing, at the Calle Nou de la Rambla, in Poble Sec, Barcelona, Catalonia, Spain. The nearly 400m long tunnel system at Shelter 307 is one of over a thousand across the city and includes toilets, water fountain, infirmary, children's room and fireplace. The shelter was dug by the people of the district, aided by the Generalitat de Catalunya or Catalan Government. It has been renovated and is managed by Muhba (Museu d'Historia de Barcelona). Picture by Manuel Cohen 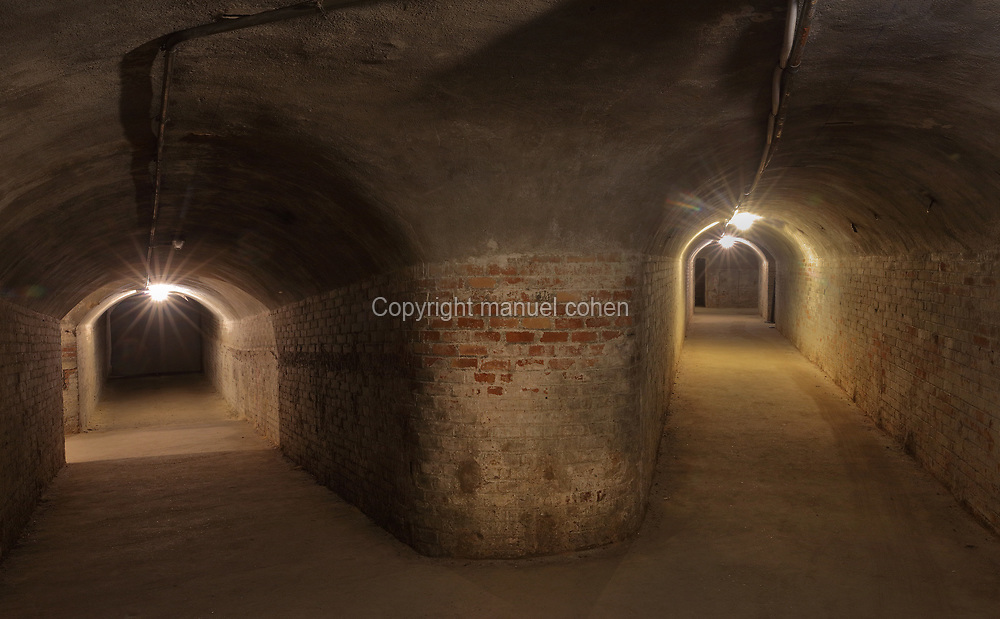