Colourful costumes in the parade celebrating the festival of Ganesh Chaturthi, marking the birth of the Hindu god Ganesha, on the streets of the La Chapelle area of the 18th arrondissement of Paris, France, on Sunday 1st September 2019. The annual religious festivities and parade take place near the Ganesha Temple of Paris, or Sri Manicka Vinayakar Alayam Temple, the largest Hindu temple in France. Ganesha is the elephant-headed Hindu God of Beginnings, son of Shiva and Parvati, who represents love and knowledge. Picture by Manuel Cohen 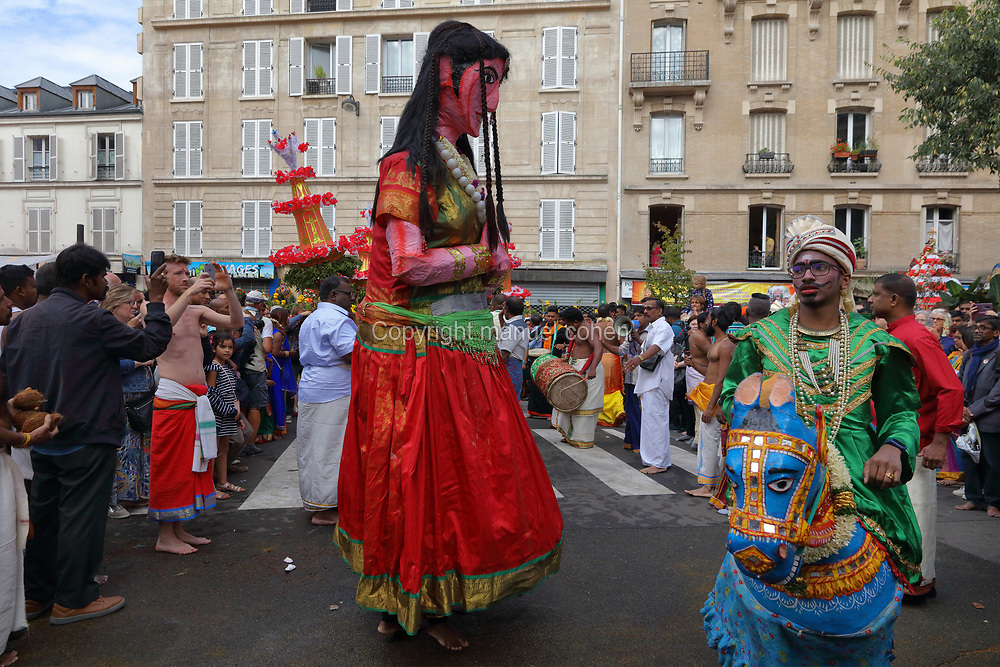