Low angle view of a detail of the fountain statue, Central Patio, Casa de Pilatos (Pilate's House), Seville, Spain, pictured on December 30, 2006, in the afternoon. Pilate's House, late 15th century, was built by the Enriquez and Ribera families During the 16th century these families, who had a strong relationship with Italy, introduced the Renaissance style to Seville. In the palace is the sculpture collection of the Duke of Alcala who brought back many Classical pieces from Italy and adapted the palace and gardens to exhibiting them in Renaissance style. The buildings were further modified according to Romantic taste in the 19th century and now present a combination of Mudejar-Gothic, Renaissance and Romantic styles. Today the Casa de Pilatos belongs to the Fundacion Casa Ducal de Medicaneli and is the residence of the Dukes of Medicaneli. Picture by Manuel Cohen. 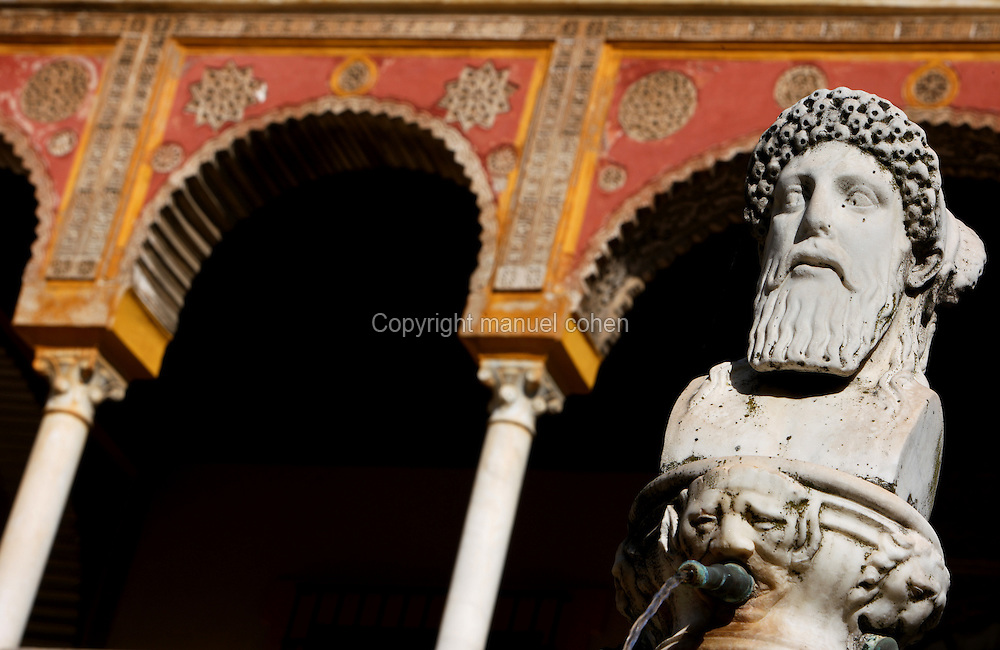