Jardins Grands Moulins Abbe Pierre, created in 2009 by Ah-Ah Landscaping Agency, and behind, the Grands Moulins de Paris, large flour mills converted into University buildings, on the quai Panhard-et-Levassor in the Paris Rive Gauche district of the 13th arrondissement of Paris, France. The mills were originally built by Georges Wybo in 1917-21, and repurposed by Rudy Ricciotti in 2004-6, to become a campus of the Université Paris VII-Denis-Diderot. Picture by Manuel Cohen 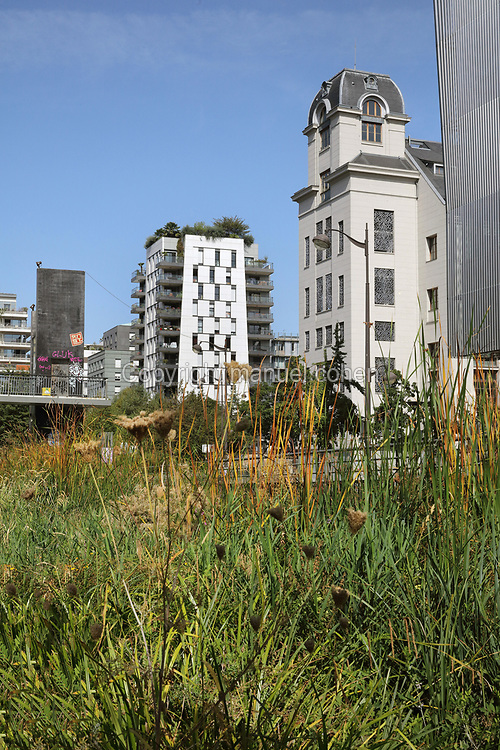