North part of the Colonnaded Street or Cardo Maximus, 2nd century AD, Jerash, Jordan. The arch is the North Tetrapylon, originally the entrance to the North Theatre. It probably had a domed roof and opened on 4 sides to allow the traffic to pass through. The street runs from the North gate to the Forum, it was the main road through Jerash and was lined with shops. The Greco-Roman town of Gerasa is thought to have been founded in 331 BC by Alexander the Great. It was conquered by Pompey in 63 BC and became a prosperous Roman town. Jerash was destroyed by an earthquake in 749 AD and its ruins were discovered in 1806 and the town excavated and reconstructed. Picture by Manuel Cohen 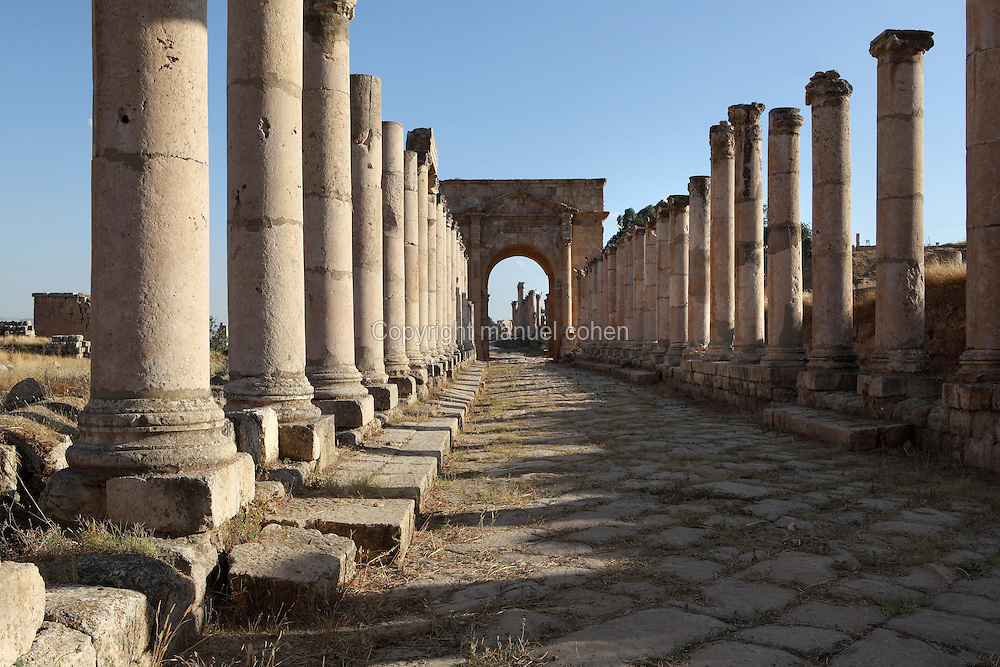