Exhibition space in the Maison des Lumieres, or House of Enlightenment, Denis Diderot, a museum housed in the Hotel du Breuil de Saint Germain, built 16th century and rebuilt 18th century, in Langres, Haute-Marne, Grand Est, France. Denis Diderot, 1713-84, french philosopher and writer, was born in Langres. Langres is a hill town fortified by the Romans and important through the Middle Ages due to its bishops and diocese, and in the Renaissance and Enlightenment periods. Picture by Manuel Cohen 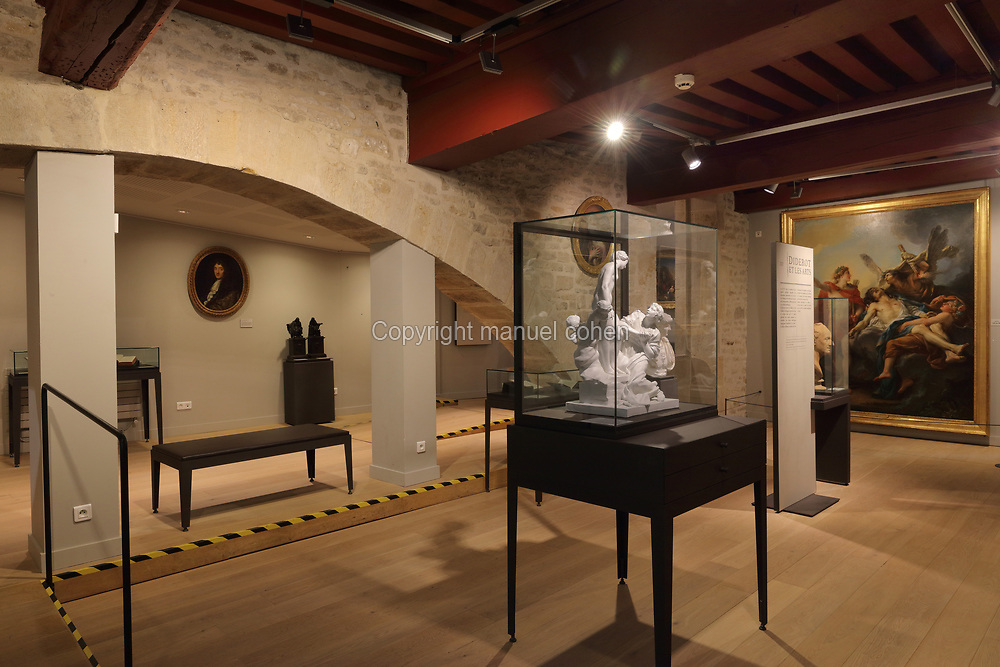