General view of Castel Sant'Angelo and Ponte Sant'Angelo, Rome, Italy on December 13, 2010 in the morning. Built 135-39 on the right bank of the Tiber by Roman Emperor Hadrian (76-138) for use as his family Mausoleum, the Castel Sant'Angelo later became a Papal fortress and is now a museum. A vision of the Archangel Michael at the end of the 590 plague gave the building its name. It is connected to the Vatican City by the Ponte Sant'angelo which is lined with sculptures of angels designed by Gian Lorenzo Bernini (1598-1680). Picture by Manuel Cohen 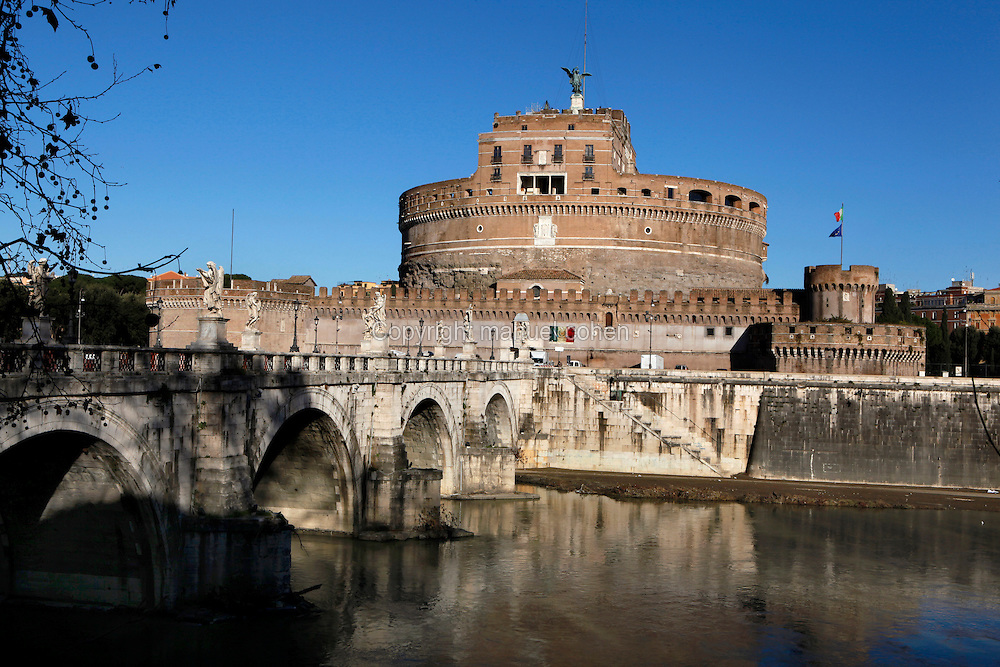