Temple of Artemis, built 150 AD, Jerash, Jordan. The temple consists of 2 staircases with a terrace and open-air altar, and the temenos or sacred precinct, surrounded by Corinthian columns. Artemis was the patron goddess of Jerash and sacrifices were made to her here. The Greco-Roman town of Gerasa is thought to have been founded in 331 BC by Alexander the Great. It was conquered by Pompey in 63 BC and became a prosperous Roman town. Jerash was destroyed by an earthquake in 749 AD and its ruins were discovered in 1806 and the town excavated and reconstructed. Picture by Manuel Cohen 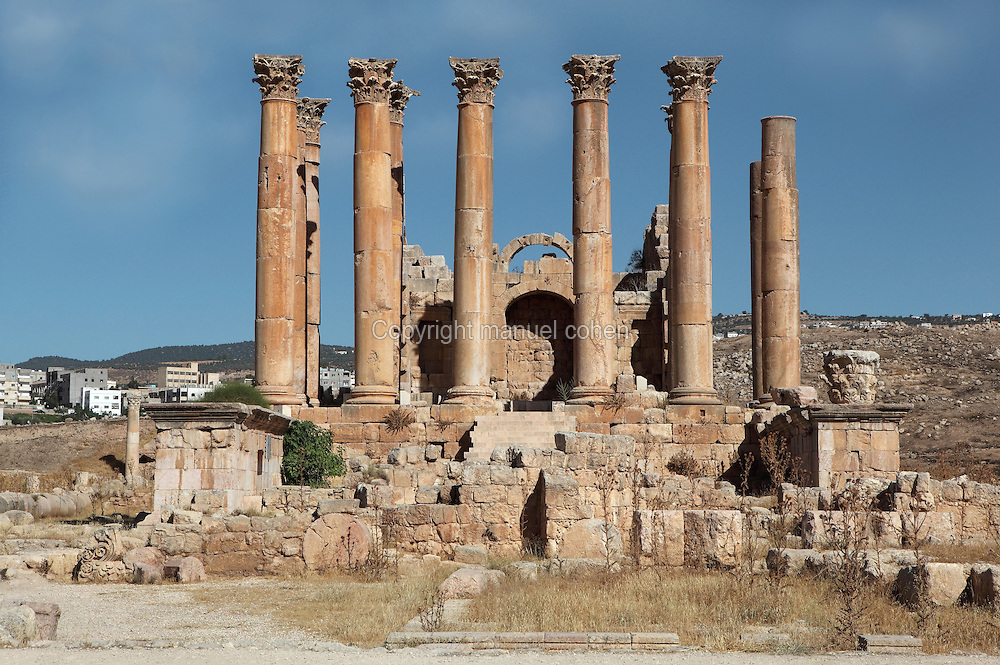