Senate or Le Senat, the upper house of French parliament, seat of 348 senators presided over by a president, in the Palais du Luxembourg or Luxembourg Palace, in the 6th arrondissement of Paris, France. In the centre is a statue of David who vanquished Goliath in the Old Testament, atop a column. The palace was designed by Salomon de Brosse and built 1615-45 in Louis XIII style and is located in the Jardin du Luxembourg or Luxembourg Gardens, a park open to the public. Picture by Manuel Cohen 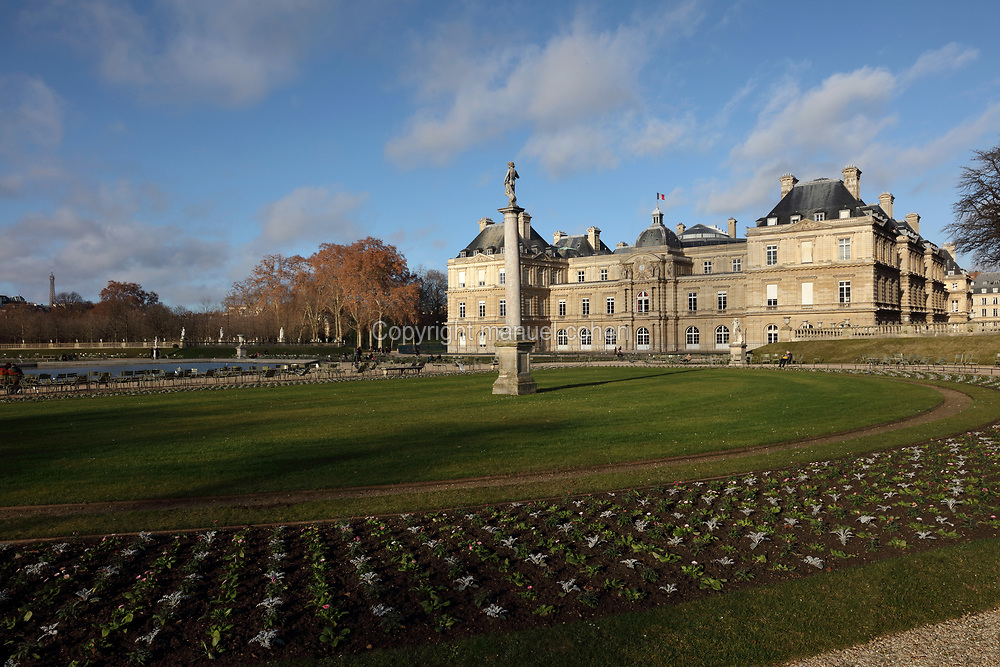