Illustration of a Bath House on Hadrian’s Wall, in the Roman Army Museum, Hadrian's Wall, Northumberland, England. Bath houses were places of leisure and entertainment, where soldiers and their families could bathe, meet, take part in games and sports and purchase food and drink. Above the boiler room, the bathing area consists of a changing room or apodyterium, cold room or frigidarium, warm room or tepidarium, hot dry room or laconicum and hot steam room or caldarium. Hadrian's Wall was built 73 miles across Britannia, now England, 122-128 AD, under the reign of Emperor Hadrian, ruled 117-138, to mark the Northern extent of the Roman Empire and guard against barbarian attacks from the Picts to the North. The Roman Army Museum at Carvoran fort is run by the Vindolanda Charitable Trust and forms part of the Hadrian's Wall UNESCO World Heritage Site. Picture by Manuel Cohen 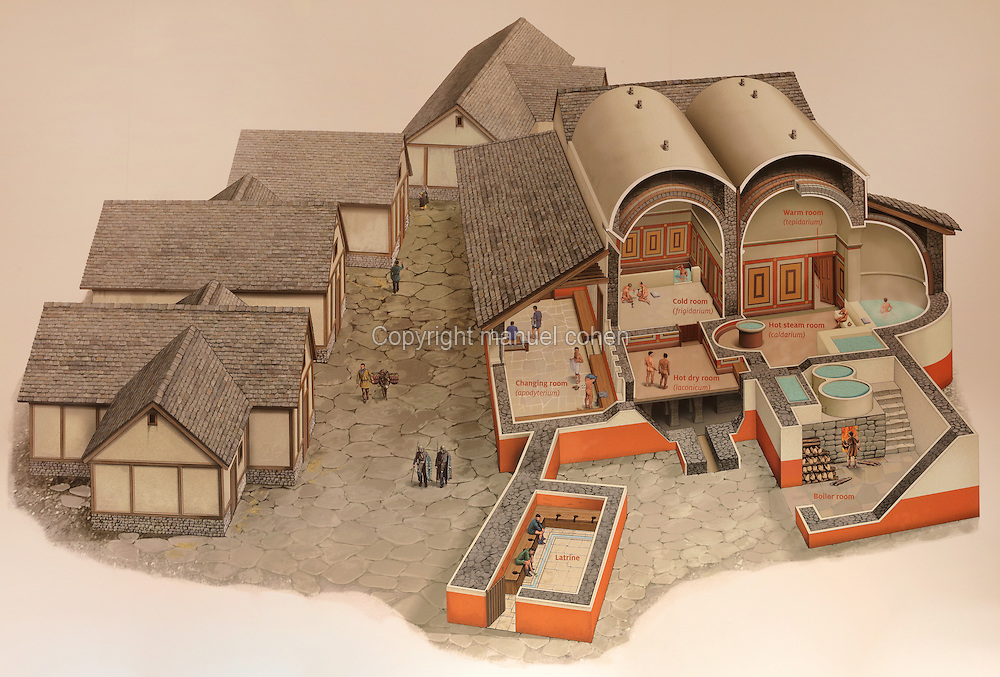