General view of columns in the Palaestra in the Baths of Lucinius, 3rd century, in Dougga, Tunisia, pictured on January 31, 2008, in the afternoon. Dougga has been occupied since the 2nd Millennium BC, well before the Phoenicians arrived in Tunisia. It was ruled by Carthage from the 4th century BC, then by Numidians, who called it Thugga and finally taken over by the Romans in the 2nd century. Situated in the north of Tunisia, the site became a UNESCO World Heritage Site in 1997. The Baths of Licinius or the Winter Baths were constructed in 260 A.D. The bathing complex had marble walls and mosaic floor. It featured all the comforts of a classical Roman bath: a Frigidarium (cold room) in the center, Tepidarium (water bath), Caldarium (hot bath), a Palaestra (gym), lavatory and a Sudatorium (sweat bath). Picture by Manuel Cohen. 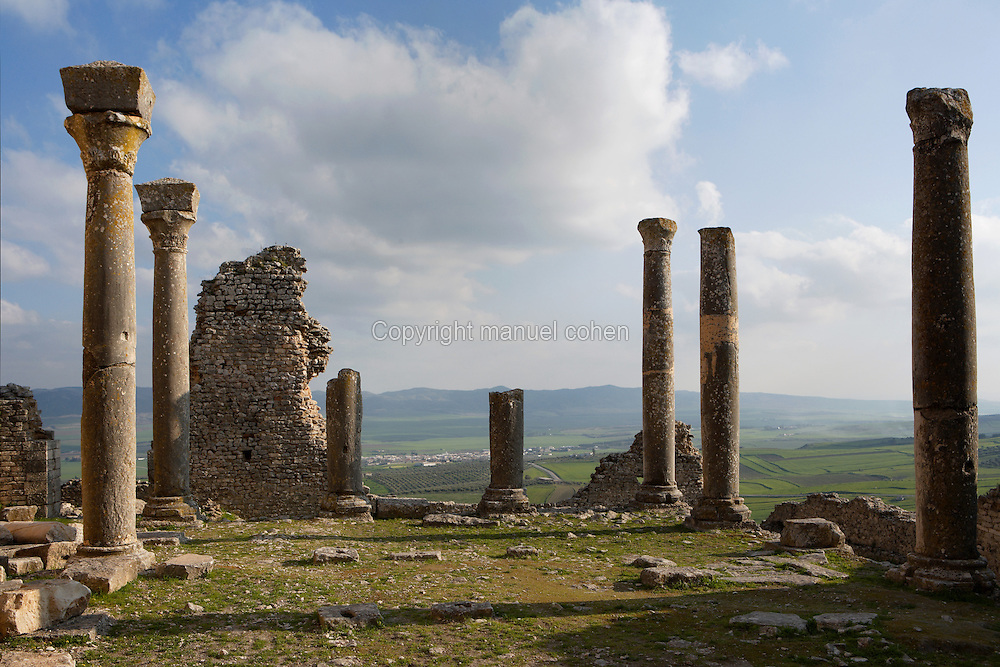