Carved stone in the Cathedral, Jerash, Jordan. The stone is carved with hexagons inscribed inside circles. The Cathedral was originally the 2nd century AD Roman Temple of Dionysos which was rebuilt as a Byzantine church 350-375 AD. The Greco-Roman town of Gerasa is thought to have been founded in 331 BC by Alexander the Great. It was conquered by Pompey in 63 BC and became a prosperous Roman town. Jerash was destroyed by an earthquake in 749 AD and its ruins were discovered in 1806 and the town excavated and reconstructed. Picture by Manuel Cohen 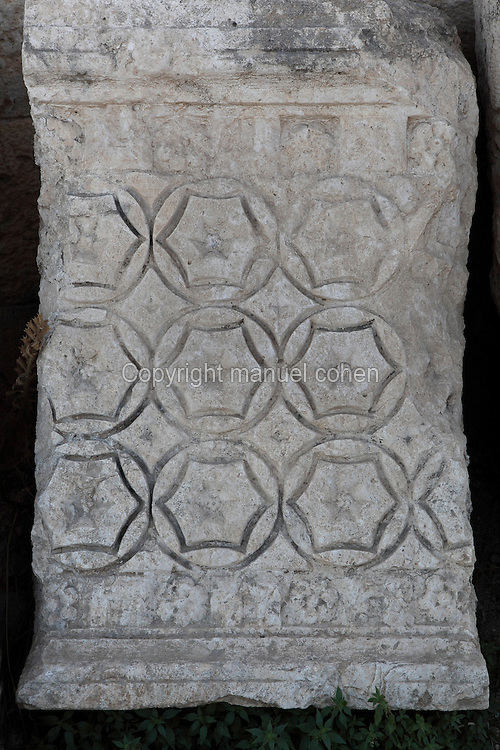