North Gate, built 115 AD, Jerash, Jordan. This was an entrance to the town and marks the beginning of the Colonnaded Street or Cardo Maximus, which runs from here to the Forum. It is a wedge shape to align the Cardo with the Roman road to Pella which starts beyond the gate. The Greco-Roman town of Gerasa is thought to have been founded in 331 BC by Alexander the Great. It was conquered by Pompey in 63 BC and became a prosperous Roman town. Jerash was destroyed by an earthquake in 749 AD and its ruins were discovered in 1806 and the town excavated and reconstructed. Picture by Manuel Cohen 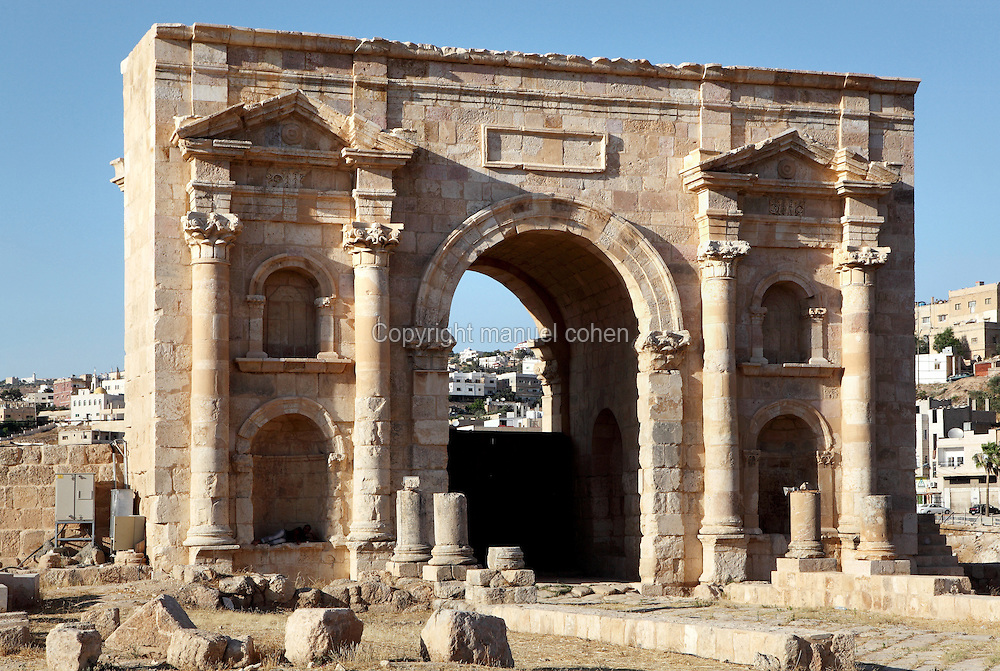