Fresco decoration of candelabra and a cupid, a satyr pouring wine (bottom left) and a woman on a balcony with her maidservant (top right), on the West wall of the Frigidarium or cold pool of the baths in the Casa del Criptoportico, or House of the Cryptoporticus, Pompeii, Italy. This room is decorated in the Second Style of Pompeiian wall painting, 1st century BC. The house is one of the largest in Pompeii and was owned by the Valerii Rufi family and built in the 3rd century BC. It takes its name from the underground corridor or cryptoporticus used as a wine cellar and lit by small windows. Pompeii is a Roman town which was destroyed and buried under 4-6 m of volcanic ash in the eruption of Mount Vesuvius in 79 AD. Buildings and artefacts were preserved in the ash and have been excavated and restored. Pompeii is listed as a UNESCO World Heritage Site. Picture by Manuel Cohen 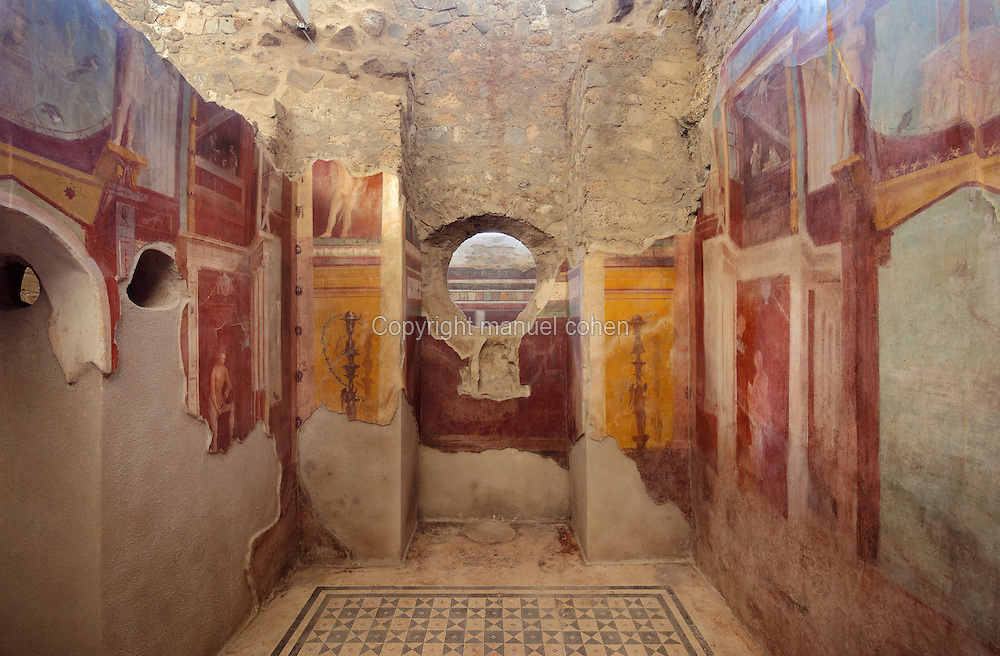