Letters over the entrance to the Bode Museum, completed 1904 by Ernst von Ihne, housing collections of sculpture, Byzantine art, and coins and medals, Museum Island, Mitte, Berlin, Germany. Originally called the Kaiser-Friedrich-Museum after Emperor Frederick III, the museum was renamed in honour of its first curator, Wilhelm von Bode, in 1956. The buildings on Museum Island were listed as a UNESCO World Heritage Site in 1999. In the distance is the Fernsehturm or Television Tower. Picture by Manuel Cohen 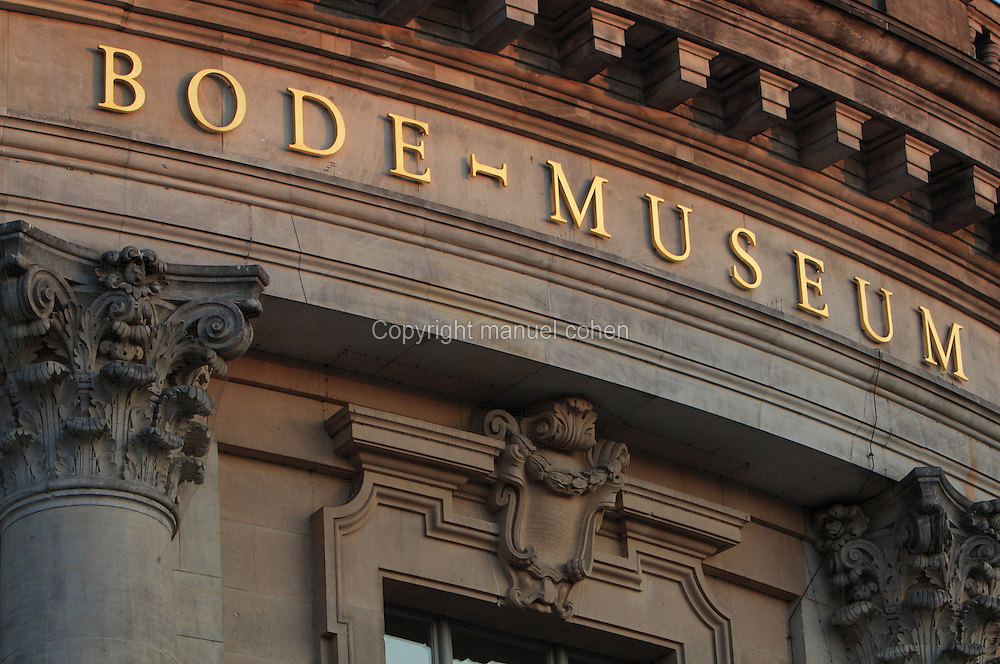