Sculptural detail of a figure wearing a greatcoat and hat, with a large embroidered alms purse and a metal clasp on his belt, holding a cutlass, in the South Gallery of the Palais Jacques Coeur, huge manor house built 1443-51 in Flamboyant Gothic style, on the Place Jacques Coeur, Bourges, France. The figure faces the staircase leading to the chapel and was no doubt a sign or warning to people passing by. Jacques Coeur, 1395-1456, was a wealthy merchant and was made master of the mint to King Charles VII in 1438. The building is listed as a historic monument. Picture by Manuel Cohen 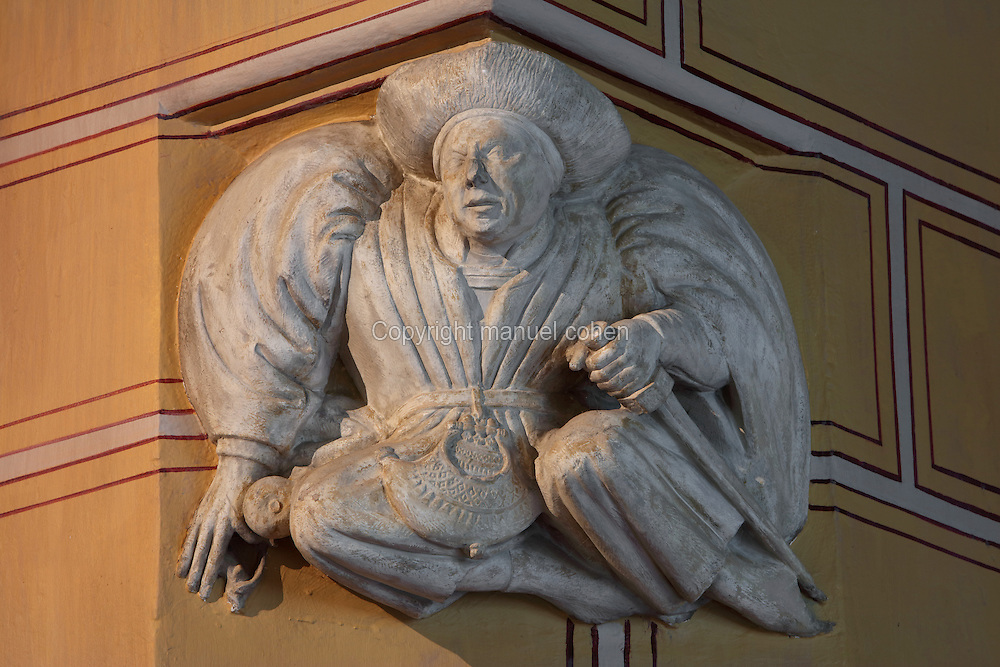