Cathedral of Saint Mary of Tortosa, begun 1347, seen from the rooftops of the old town or Casc Antic, Tortosa, Tarragona, Spain. The cathedral was designed by Benito Dalguayre and built on the site of a Roman forum and Romanesque church. It was consecrated in 1597 and is built in Catalan Gothic style, with 3 naves with chapels between the buttresses, and an 18th century Baroque facade. Tortosa is an ancient town situated on the Ebro Delta which has a rich heritage dating from Roman times. Picture by Manuel Cohen 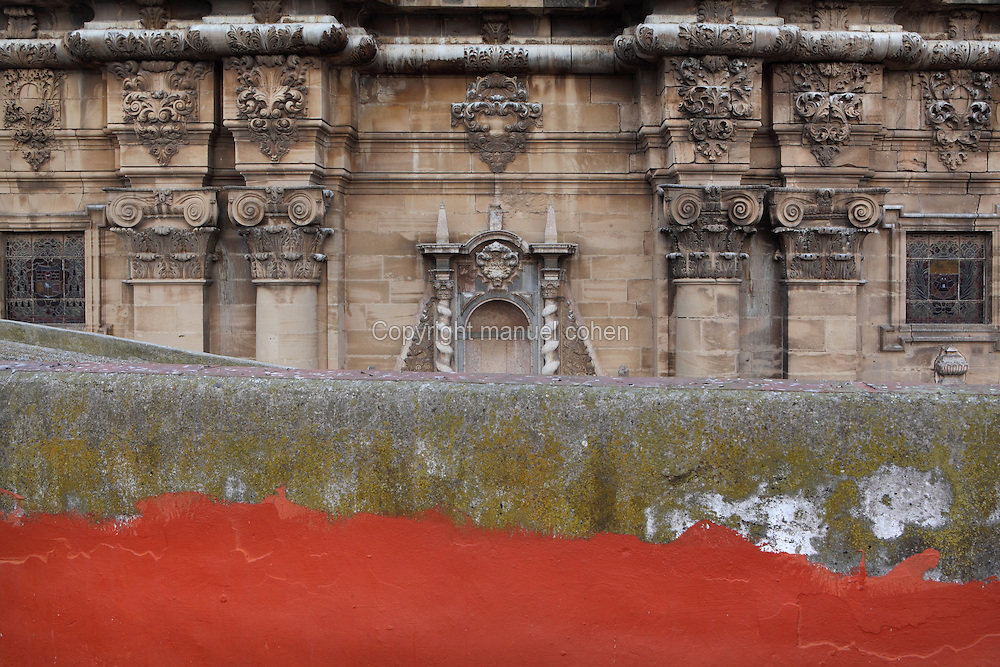