Fierce battle scene between the army of Emperor Charlemagne, 742-814, on the left, and the infidels, led by King Aygoland, on the right (with conical helmets and round shields). A soldier spears an infidel who falls off his horse. A tree at the top branches in 2 above each opposing side. Section of the Battle against the Saracens, from the Charlemagne window, early 13th century, in the ambulatory of Chartres Cathedral, Eure-et-Loir, France. Chartres cathedral was built 1194-1250 and is a fine example of Gothic architecture. Most of its windows date from 1205-40 although a few earlier 12th century examples are also intact. It was declared a UNESCO World Heritage Site in 1979. Picture by Manuel Cohen 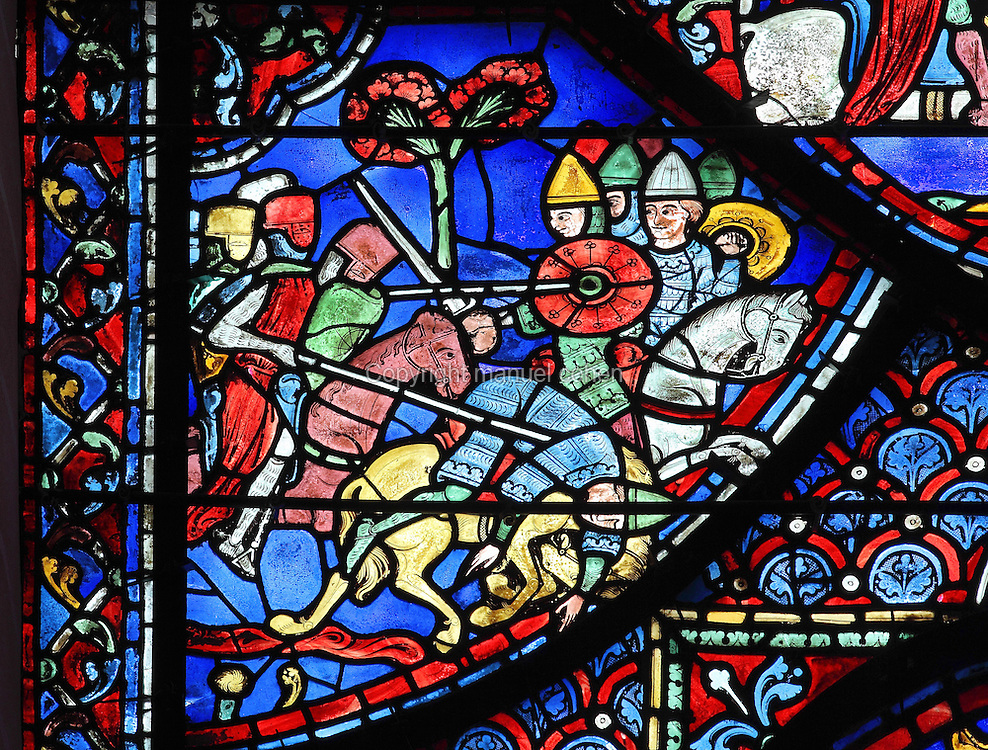