Gods of the river Nile in a scene of sema-tawy or unification of the Upper and Lower Nile, with a human trachea, originally with papyrus and lily plants, painted restored relief on the northern wall of the Barque Hall, in the Sanctuary of Amun-Re, at the mortuary temple of Hatshepsut, built 15th century BC, at Deir el-Bahari in the Theban Necropolis, Thebes, Luxor, Egypt. Queen Hatshepsut was the 5th pharaoh of the 18th dynasty in the New Kingdom. The temple consists of 3 terraces built into the cliffs, with the sanctuary of the barque of Amun-Re, Hathor shrine and Anubis shrine. The Theban Necropolis is listed as a UNESCO World Heritage Site. Picture by Manuel Cohen 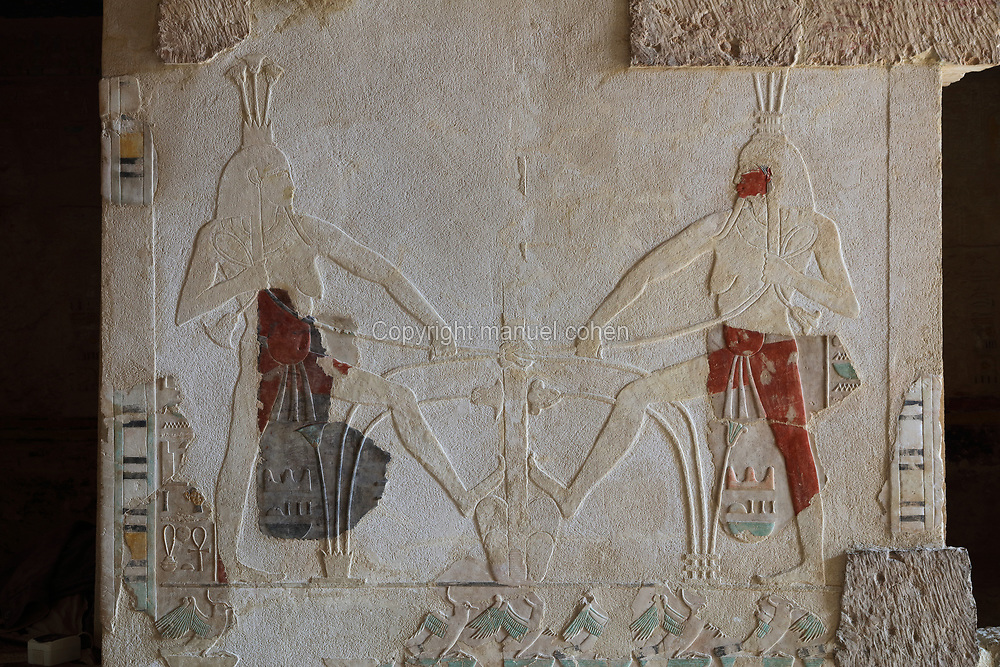