Undulating roof, with skylights, staircase openings and chimneys, some with mosaic work, and with twisted, organic forms, at La Pedrera, or Casa Mila, built 1906-10 by Catalan Modernist architect Antoni Gaudi, 1852-1926, on Passeig de Gracia, Barcelona, Catalonia, Spain. Some of the chimneys resemble soldiers guarding the house, and the roof is sometimes known as the Garden of Warriors. The house was commissioned by businessman Pere Mila i Camps, and has an undulating facade and 2 inner courtyards. Josep Maria Jujol, 1879-1949, designed the windows and fluid wrought iron balconies and the plaster work is by Joan Beltran. The building is listed as a UNESCO World Heritage Site and is currently the headquarters of the Catalunya-La Pedrera Foundation. Picture by Manuel Cohen 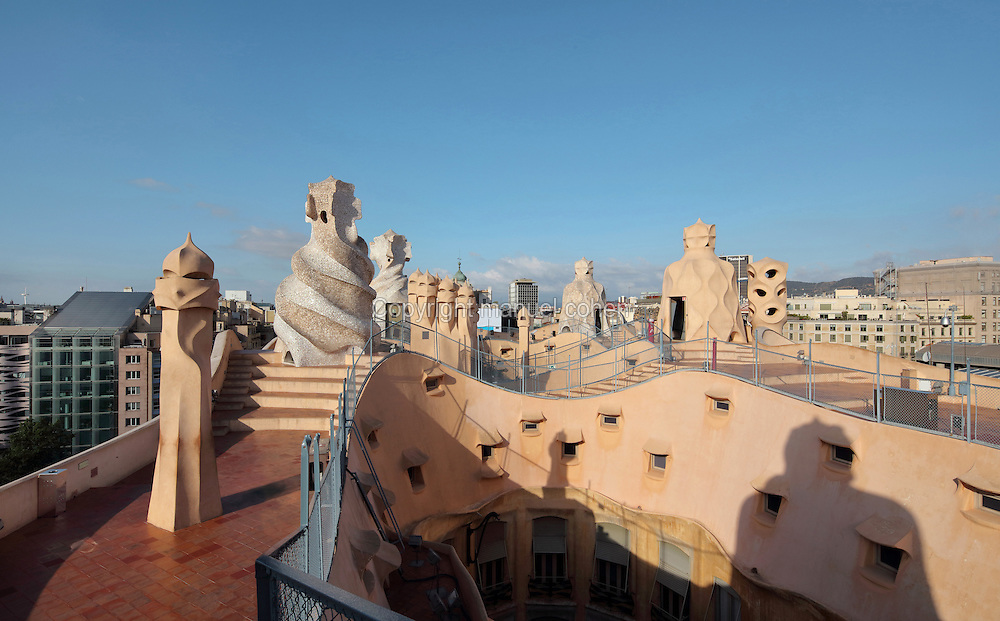