The Sainte-Chapelle or Holy Chapel, founded 1379 and inaugurated only in 1552 under Henry II, after a long interruption of the building work starting at the beginning of 15th century, Chateau de Vincennes, Ile de France, France. The Sainte-Chapelle has a single nave, a choir formed by a straight bay and a 5-sided apse flanked by two oratories for the King and Queen. Outside, deep buttresses support large gabled windows and the building has a slender silhouette. It was built to house part of the relics of the Passion and was listed as a Historical Monument in 1853. Below is the 17th century Le Vau Gallery. The Chateau was originally built in 1150 as a hunting lodge for Louis VII, with a donjon added in the 14th century, walls in the 15th and further extended in the 17th century. It was an important royal palace until the 18th century. Picture by Manuel Cohen 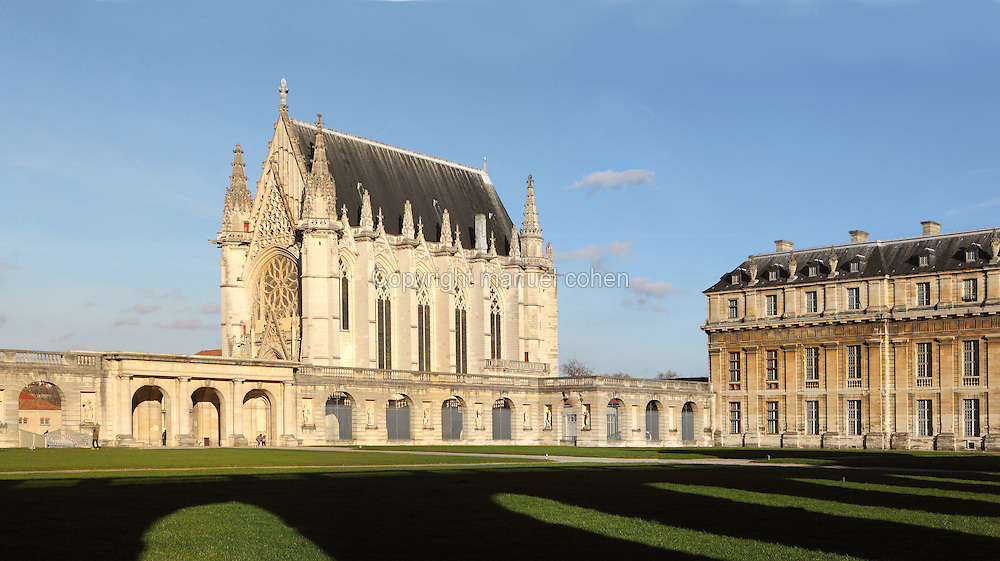