Aion - Chronos, god of infinite time, bound by a snake and with a lion's head on his chest and goat's head next to his leg, Roman marble statue, 2nd century AD, from the Cerro de San Albin, in the Museo Nacional de Arte Romano, or National Museum of Roman Art, designed by Rafael Moneo and built 1981-86, housing Roman collections from the colony of Emerita Augusta, founded in 25 BC by Emperor Augustus, now modern-day Merida, Extremadura, Spain. This statue was associated with the cult of Mithras, an Indo-Iranian mystic religion. The Roman remains in Merida are listed as a UNESCO World Heritage Site. Picture by Manuel Cohen 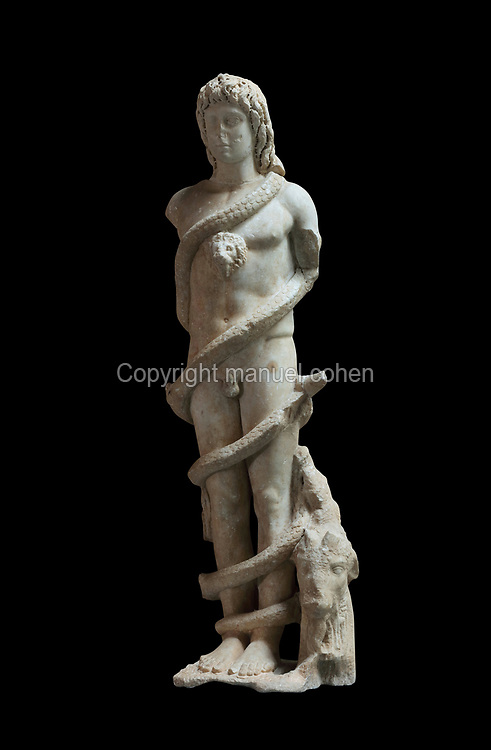