Step pyramid of Djoser, or Step Tomb, and chapels (left) in the jubilee courtyard, used when celebrating the Sed festival, in the funerary complex of Djoser, 2nd pharaoh of the 3rd dynasty in the Old Kingdom, c. 2600 BC, built by the royal architect Imhotep, at Saqqara, Egypt. The burial site at Saqqara, containing pyramids, mastabas and tombs from 1st dynasty to the Greco Roman period, was the royal necropolis for Memphis. Saqqara is listed as a UNESCO World Heritage Site. Picture by Manuel Cohen 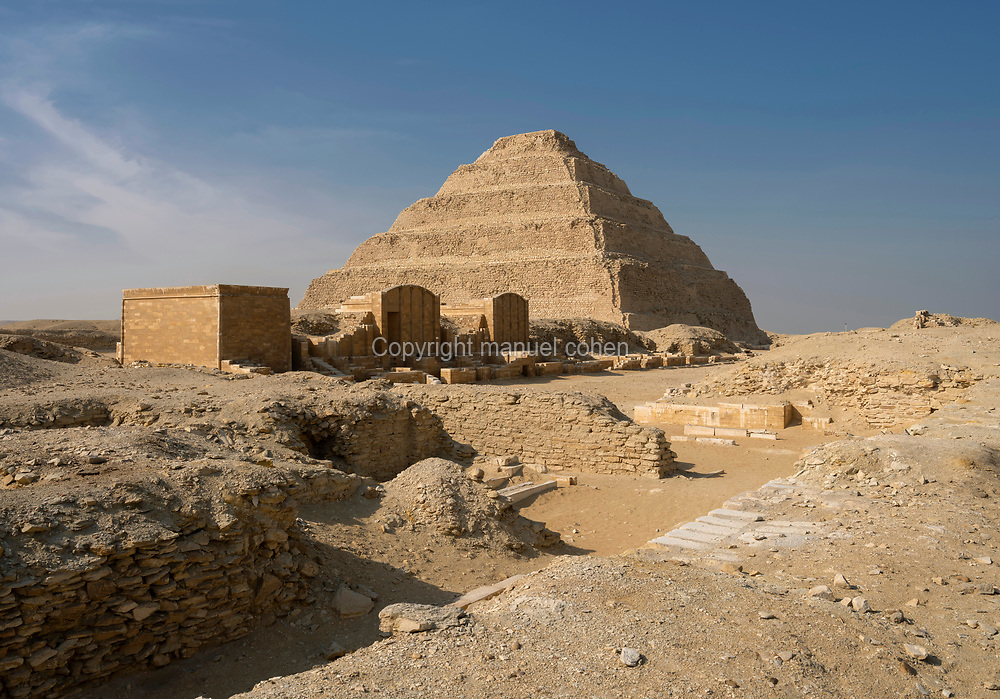