Room in the Musee d'histoire de Nantes, in the Chateau des ducs de Bretagne, in Nantes, Pays de la Loire, France. In the centre is a ship's figurehead of St George, late 18th - early 19th century, with arm raised to hold the sword with which he killed the dragon, found at La Roche-Bernard, Brittany, from the Musee des Salorges fund. Behind are portraits of Dominique and Marguerite Deurbroucq with their slaves, 1753, by Pierre-Bernard Morlot. The castle was originally built in 1207 and rebuilt 1466, and was the residence of the Dukes of Brittany until the 16th century, when it became a royal palace. The museum opened in 2007 and covers the history of Nantes, focusing on slavery, world wars, industrialisation and the chateau. Picture by Manuel Cohen 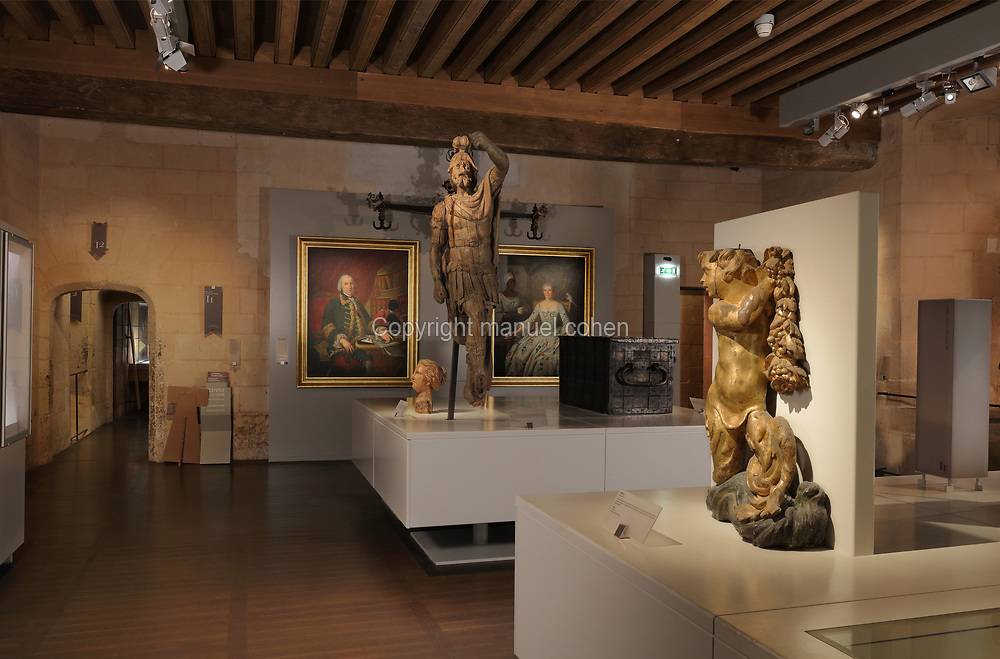