South Gallery of the Cloister of Fontfroide Abbey or l'Abbaye Sainte-Marie de Fontfroide, Narbonne, Languedoc-Roussillon, France. Founded by the Viscount of Narbonne in 1093, Fontfroide linked to the Cistercian order in 1145. The original cloister was built 1180-1210 in Romanesque style, with double columns topped by foliage capitals supporting semicircular arches. The cloister was later altered in the 13th century after the Albigensian Crusade, when large tympanums were added above with oculi and pointed arches. The original wooden roof was also replaced with stone. The South Gallery is the oldest part of the cloister, with coloured marble columns and benches for the monks to sit and read. The cloister was used by the monks for resting, walking, reading and studying in between religious duties. Picture by Manuel Cohen 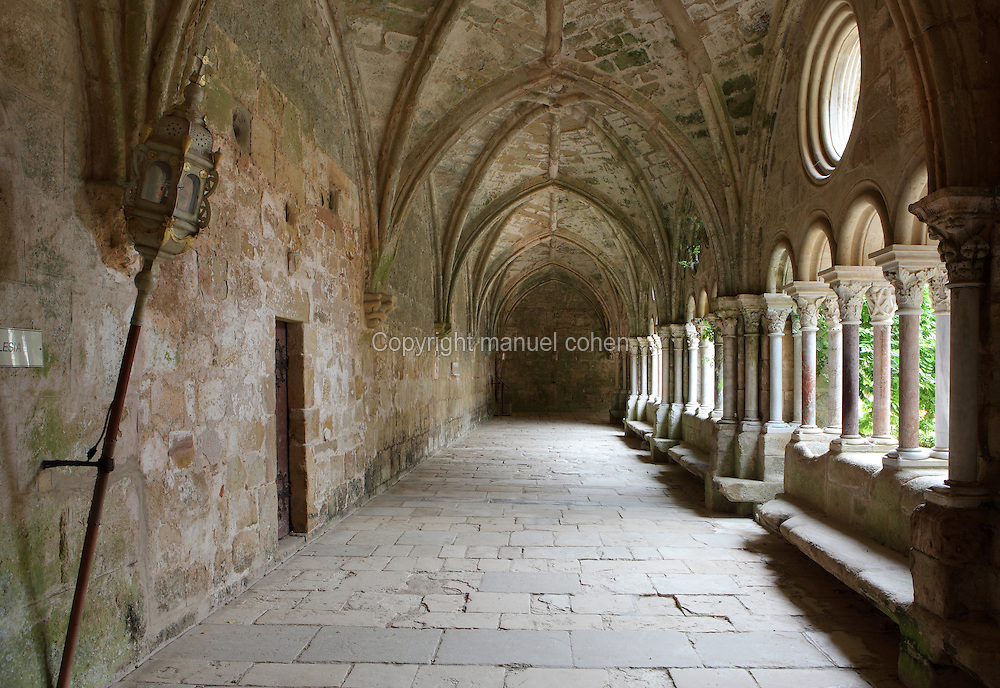