Vercingetorix Monument, sculpted by Aime Millet, 1819-91, and designed by Eugene Viollet-le-Duc, erected in 1865 on the Western point of the oppidum of Alesia, aerial view, at the MuseoParc Alesia, on Mont-Auxois near Alise-Sainte-Reine, Burgundy, France. The monument was commissioned by Emperor Napoleon III, celebrating Vercingetorix as a symbol of Gallic nationalism. Alesia was originally a Celtic settlement which became a Gallo-Roman town after being conquered by Julius Caesar during the Gallic Wars. Alesia is the site of the Battle of Alesia, 52 BC, when the Romans under Julius Caesar defeated the Gauls under Vercingetorix. The monument is listed as a historic monument. Picture by Manuel Cohen 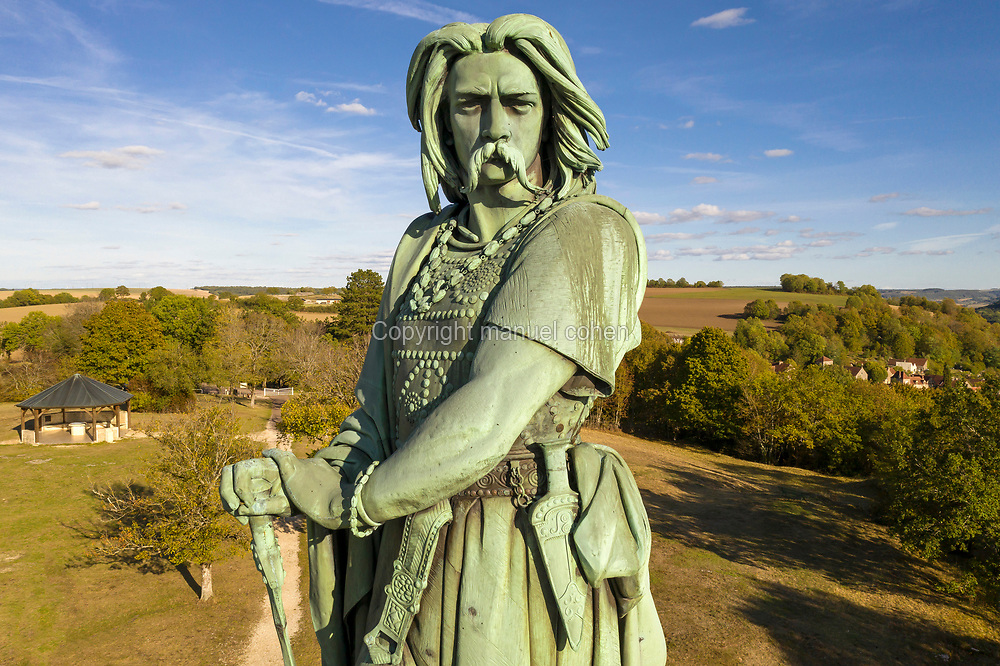