First floor of the Keep or donjon, a large square room nearly 10m square and 8m high at its peak with a central pillar supporting the ribs of the vaults, which on the outer edges rest on carved consoles, Chateau de Vincennes, Ile de France, France. The Keep is 50m high, built 1337-73, the highest fortified medieval building in Europe. It has a square plan 16x16m with a square room on each floor with walls 3m thick, with a turret on each corner. The Chateau was originally built in 1150 as a hunting lodge for Louis VII, with a donjon added in the 14th century, walls in the 15th and further extended in the 17th century. It was an important royal palace until the 18th century. Picture by Manuel Cohen 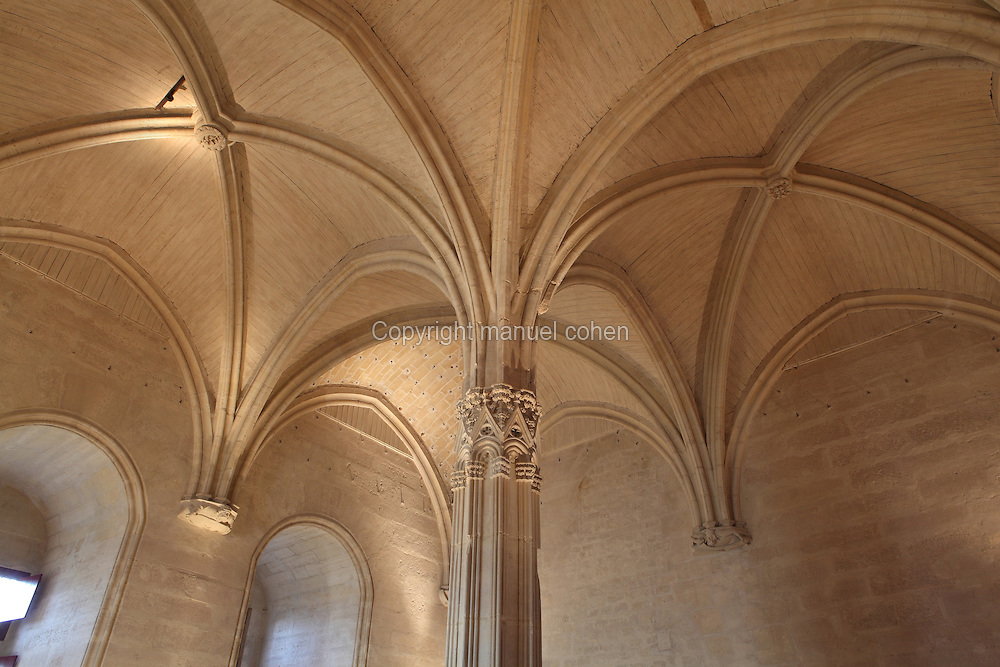