Side aisle of the Great Basilica, 6th century AD, seat of the bishop, Butrint, Chaonia, Albania. The Basilica originally had 3 aisles separated by colonnades of columns and capitals reused from earlier buildings and a floor paved with mosaic. Butrint was founded by the Greek Chaonian tribe and was a port throughout Hellenistic and Roman times, when it was known as Buthrotum. It was ruled by the Byzantines and the Venetians and finally abandoned in the Middle Ages. The ruins at Butrint were listed as a UNESCO World Heritage Site in 1992. Picture by Manuel Cohen 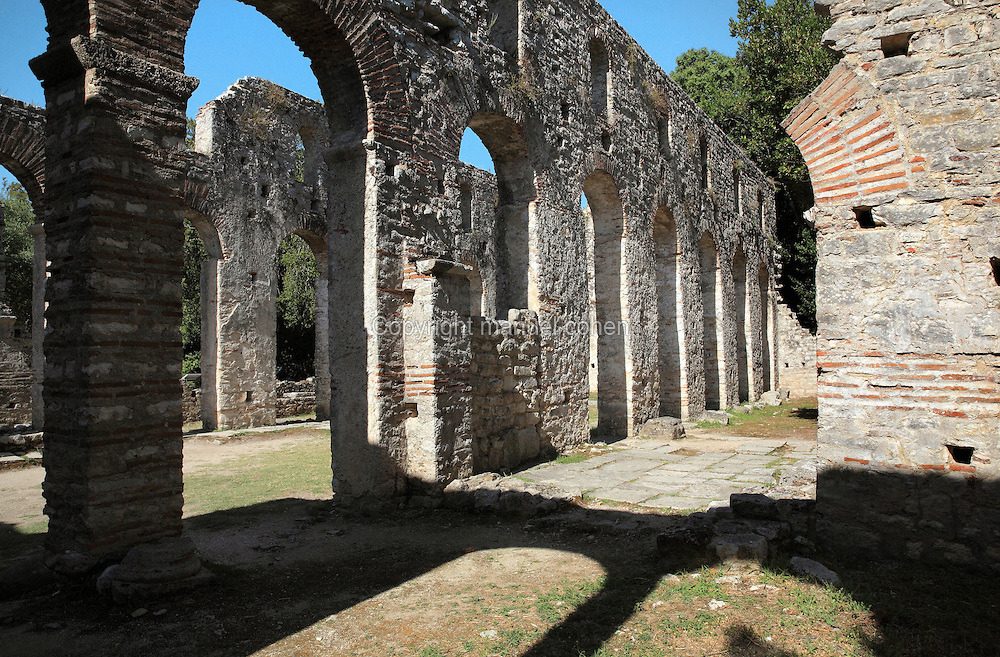