2 lions attacking a bull, sandstone sculpture, late 6th - 5th century BC, from the North Gate, probably originally positioned above the gates, excavated in 1793, in the Mozia Museum or Whitaker Museum, in Mozia, a Phoenician island city, Trapani, Sicily, Italy. Mozia was founded in the 8th century BC by the Phoenicians, and remained an important city and Carthaginian trade outpost, thriving until it was overthrown by the Syracuse Greeks in 397 BC. In 1888 the island was rediscovered by Joseph Whitaker, who, through his Fondazione Giuseppe Whitaker, excavated the site and founded the island's museum. Picture by Manuel Cohen 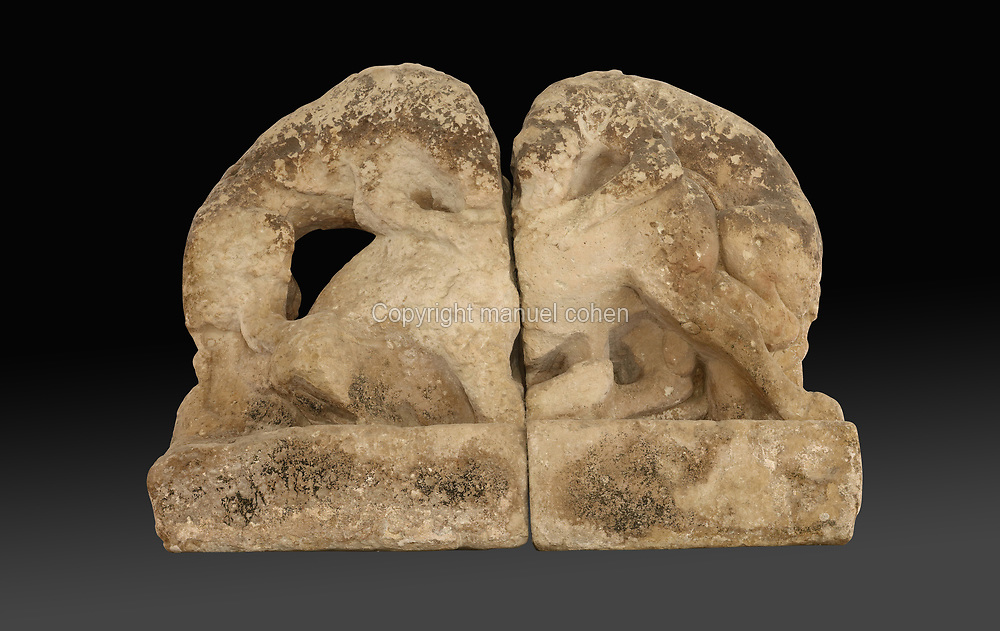