Coat of arms of the Chiaromonte family on a Moorish plate supported by crowned maidens, tempera painting on wood by a Sicilian artist, late 14th century, from the painted ceiling of the Sala dei Baroni, in the museum of the Palazzo Chiaramonte-Steri, a 14th century palace built for Manfredi III Chiaramont, which became a jail during the Spanish Inquisition, in Palermo, Sicily, Italy. Palermo's Arab and Norman centre is listed as a UNESCO World Heritage Site. Picture by Manuel Cohen 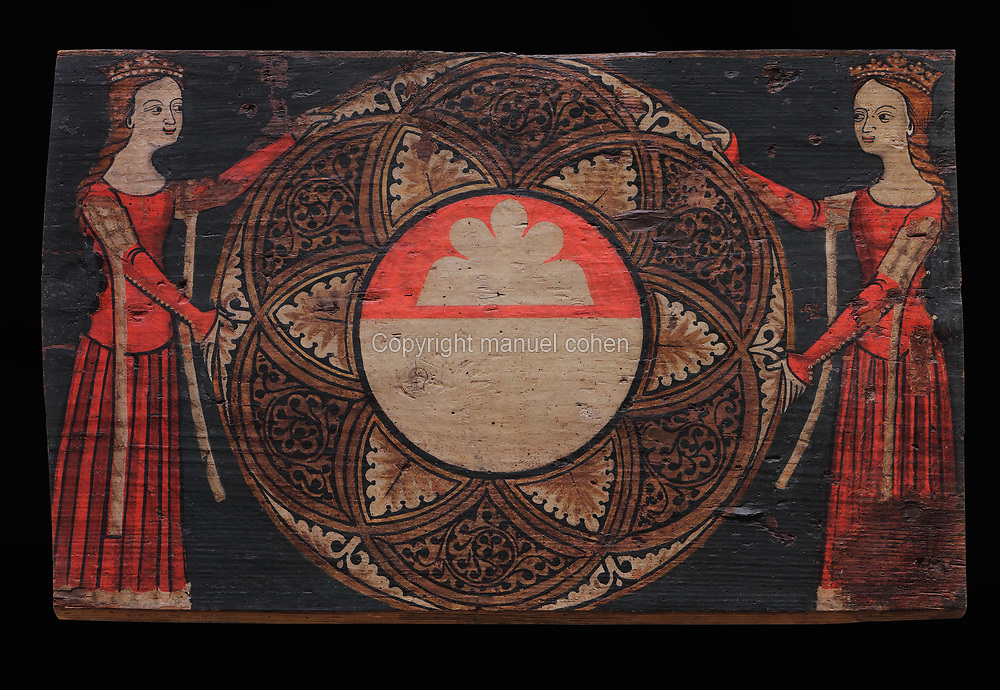