Statue of St Francois de Paule holding the sun and the staff of the founder, from the altarpiece of the St Francois de Paule Chapel, begun 1656 by LLatzer Tremullas and completed 1657 by LLuis Generes, gilded and painted 1666 by Gilles Bedanson, and installed here in 1791, Perpignan Cathedral, Perpignan, Pyrenees-Orientales, France. The reliefs show scenes from the life of the saint. The Cathedral Basilica of Saint John the Baptist of Perpignan, or Basilique-Cathedrale de Saint-Jean-Baptiste de Perpignan was begun in 1324 by King Sancho of Majorca in Catalan Gothic style, and later finished in the 15th century. The cathedral is listed as a national monument of France. Picture by Manuel Cohen 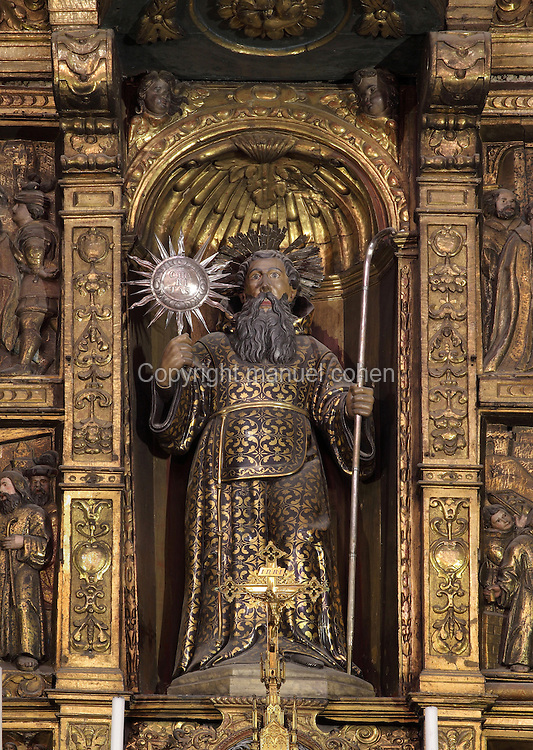