General view of Shah-I Zinda Complex showing Mausoleum of the middle group (right), octagonal pavilion, Mausoleum of the 1380s, (behind on the left), Samarkand, Uzbekistan, pictured on July 19, 2010, at dawn. The Shah-i-Zinda Complex is a necropolis of mausoleums whose legendary origin dates back to 676 when Kussam-ibn-Abbas arrived to convert the locals to Islam. So successful was he that he was assassinated whilst at prayer. His grave remains the centre of the sacred site which grew over many centuries, especially the 14th and 15th, into an architecturally stunning example of ceramic art. Samarkand, a city on the Silk Road, founded as Afrosiab in the 7th century BC, is a meeting point for the world's cultures. Its most important development was in the Timurid period, 14th to 15th centuries. Picture by Manuel Cohen. 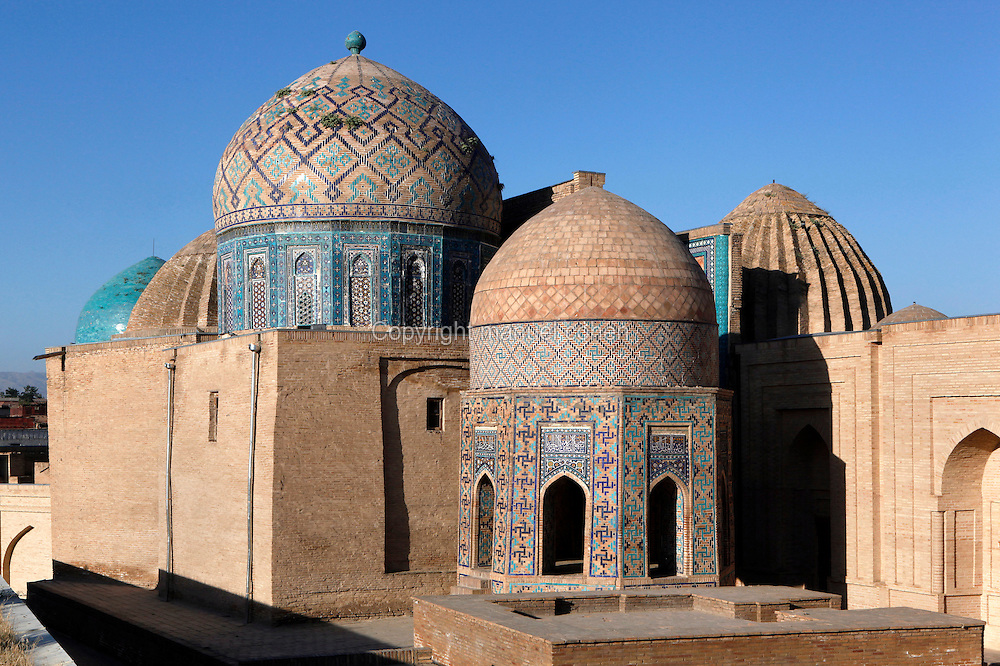