Effigy thought to be of Marie de Brienne, 1225-1280, last latin empress of Constantinople, originally from the Abbaye de Maubuisson and moved to Saint-Denis in 1816, on the royal tombs, in the Basilique Saint-Denis, Paris, France. This black Tournai stone effigy is also thought to be possibly of Mahout d’Artois or Blanche of Castile. Behind are the effigies of Louis de France, 1275-1319, count of Evreux, son of Philippe III the Bold; Marguerite d'Artois, d. 1311, wife of Louis de France, daughter of Philippe d’Artois, wearing a chin guard, and Clementia of Hungary, 1293-1328, daughter of Charles I of Hungary, wife of Louis X the Quarreller. All 3 were commissioned in the early 14th century for the Eglise des Jacobins in Paris and moved to Saint-Denis in 1817. The basilica is a large medieval 12th century Gothic abbey church and burial site of French kings from 10th - 18th centuries. Picture by Manuel Cohen 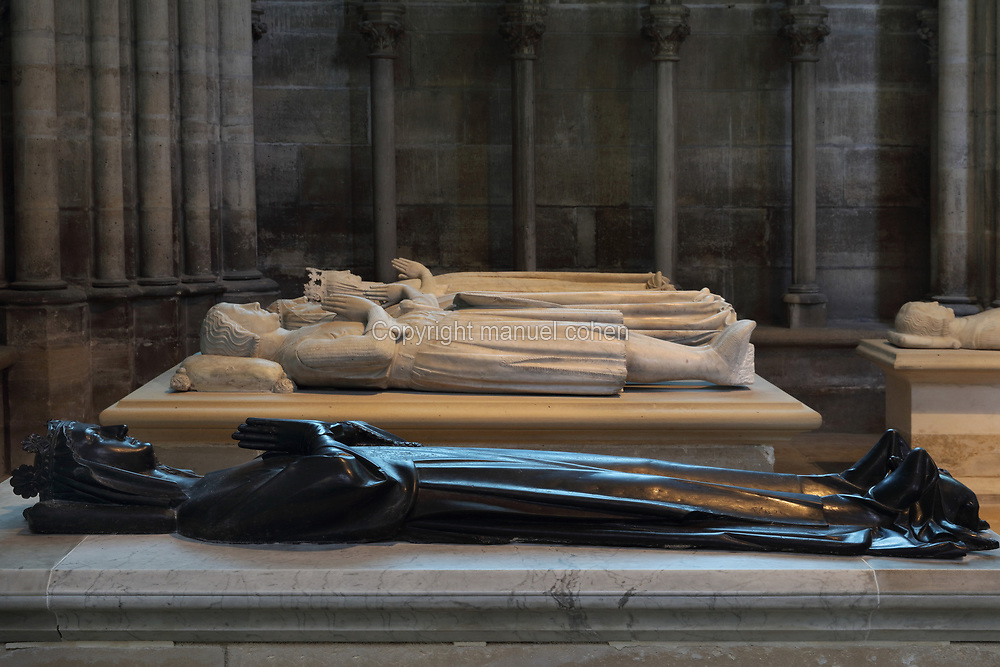