District of Gallo-Roman houses and craft workshops, with a street with covered porticos with gutters along its length, at the MuseoParc Alesia, on Mont-Auxois near Alise-Sainte-Reine, Burgundy, France. Alesia was originally a Celtic settlement which became a Gallo-Roman town after being conquered by Julius Caesar during the Gallic Wars. Alesia is the site of the Battle of Alesia, 52 BC, when the Romans under Julius Caesar defeated the Gauls under Vercingetorix. Picture by Manuel Cohen 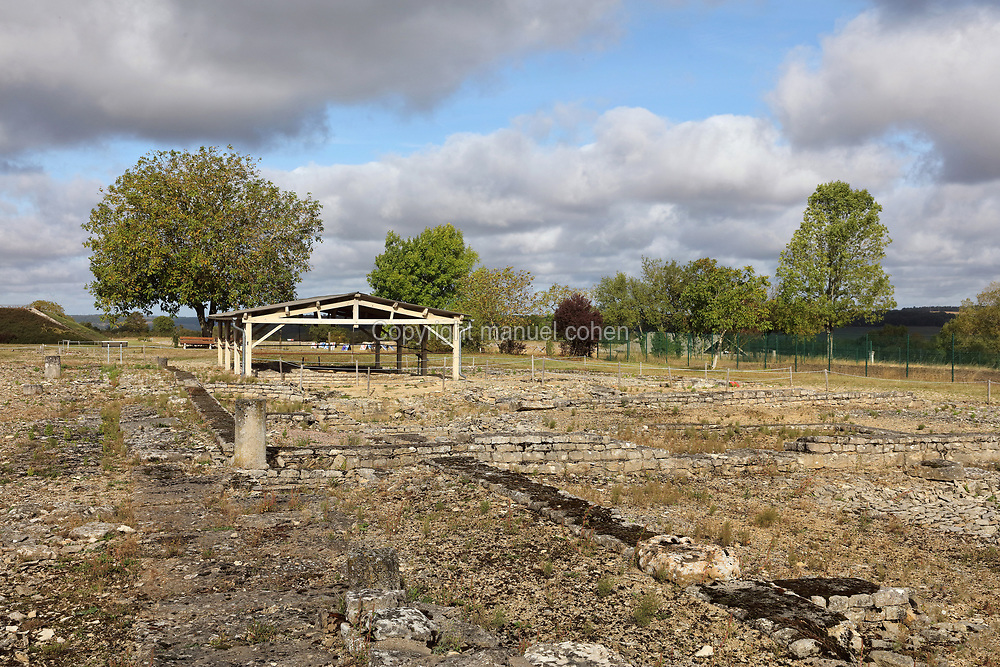