Tuthmosis III offering nou wine vessels in the
Daily Ritual to Amun-Re, painted relief in the Barque Hall in the Sanctuary of Amun-Re, at the mortuary temple of Hatshepsut, built 15th century BC, at Deir el-Bahari in the Theban Necropolis, Thebes, Luxor, Egypt. The painting originally depicted Hatshepsut offering pellets of incense, but this was later usurped by Tuthmosis III. Queen Hatshepsut was the 5th pharaoh of the 18th dynasty in the New Kingdom. The temple consists of 3 terraces built into the cliffs, with the sanctuary of the barque of Amun-Re, Hathor shrine and Anubis shrine. The Theban Necropolis is listed as a UNESCO World Heritage Site. Picture by Manuel Cohen 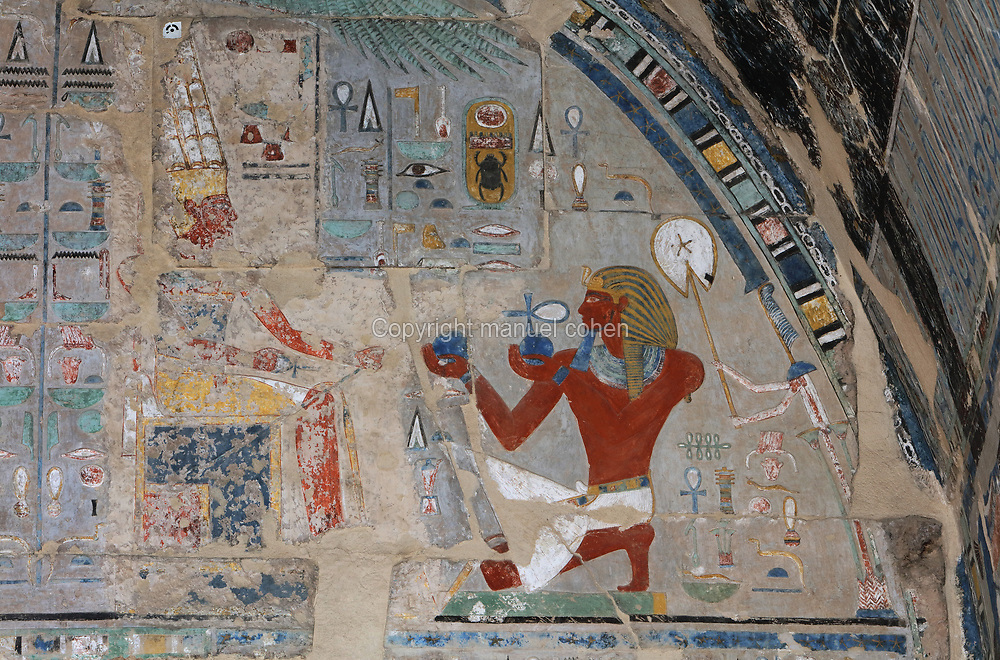