The Odalisca Tower or Torre de la Odalisca in the Alcazaba, a 10th century fortified enclosure and royal residence in Almeria, Andalusia, Southern Spain. To the right are the oldest 11th century remains of this section, in front is a reservoir with boundary limits, and a garden below. The Alcazaba was begun in 955 by Rahman III and completed by Hayran, Taifa king of Almeria, in the 11th century. It was later added to by the Catholic monarchs. Picture by Manuel Cohen 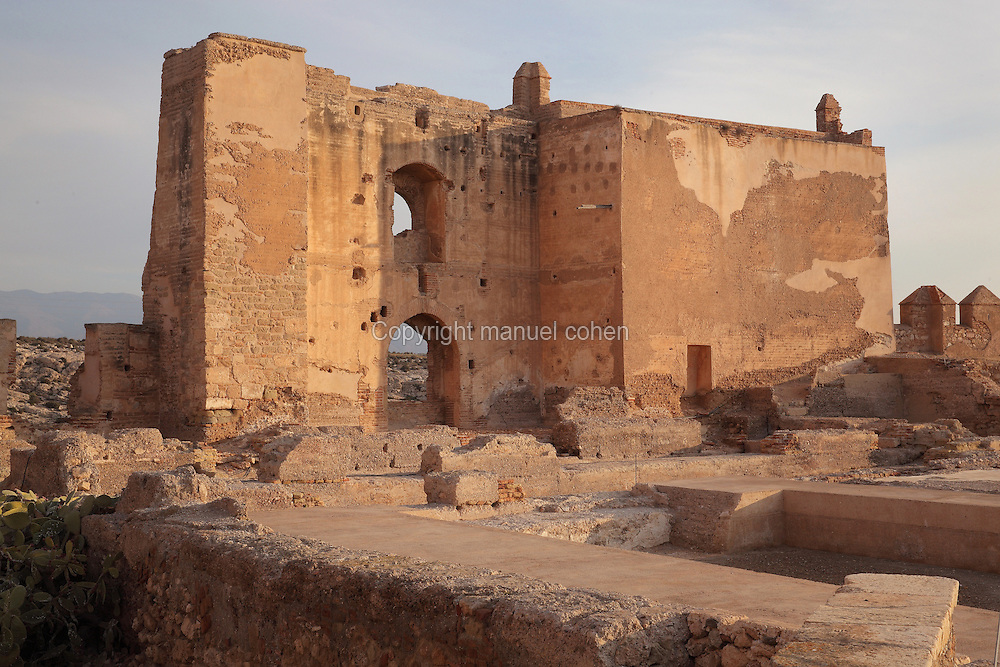