Golden Lane, within the northern bailey area of Prague Castle, which includes the home of Franz Kafka, 1883-1924, Czech writer and philosopher (not shown here), Prague, Czech Republic. The Golden Lane contained modest dwellings, which are now the last remains of the small-scale architecture of Prague Castle. They were inhabited by the castle servants, perhaps goldsmiths (hence the name) and the castle marksmen. The tiny houses were occupied until World War II, and have been preserved since then. The historic centre of Prague was declared a UNESCO World Heritage Site in 1992. Picture by Manuel Cohen 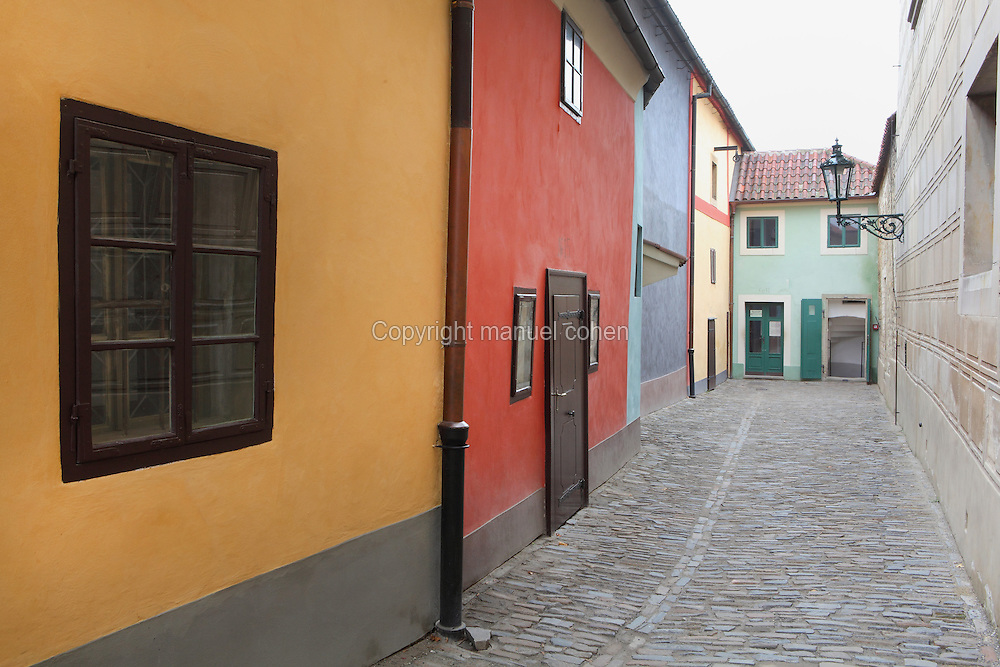