Silver tomb of Queen Santa Isabel, surrounded by Baroque gilded woodwork, in the Mosteiro de Santa Clara-a-Nova, or Monastery of Santa Clara a Nova, built 1649, Coimbra, Portugal. The new monastery was built when the river Mondego flooded the old Monastery of the Poor Claire Nuns (Santa Clara-a-Velha), with plans by Fray Joao Turriano, a Benedictine monk and royal engineer, with work supervised by Master Domingos de Freitas and his brother Pedro de Frietas. St Elizabeth of Portugal, 1271—1336, was canonised in 1625 and her remains were placed here in 1677. Coimbra dates back to Roman times and was the capital of Portugal from 1131 to 1255. Its historic buildings are listed as a UNESCO World Heritage Site. Picture by Manuel Cohen 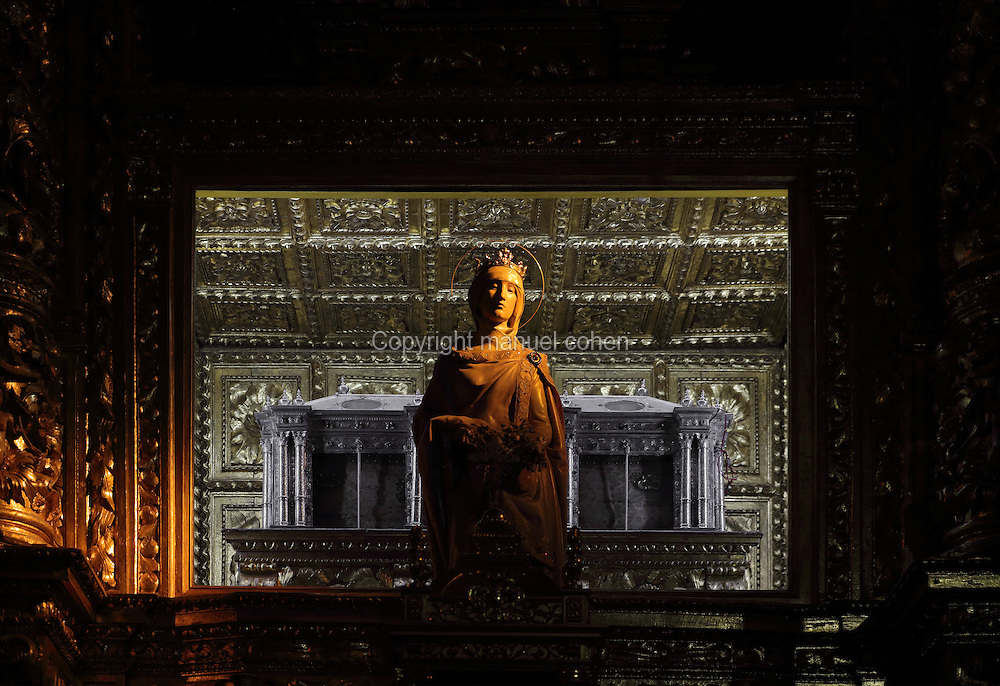