The Modern Moses, cartoon published in Puck, 1881, criticised by the editor of the Jewish Messenger for its use of German and Austrian anti-semitic caricatures to render eastern Europe Jewish immigrants, displayed in the National Immigration Museum, in the main building on Ellis Island, the immigration processing centre for the United States from 1892 to 1954, at the mouth of the Hudson river in New York City, NY, USA. Ellis Island and its Immigration Museum are part of the Statue of Liberty National Monument and are managed by the National Park Authority. Picture by Manuel Cohen 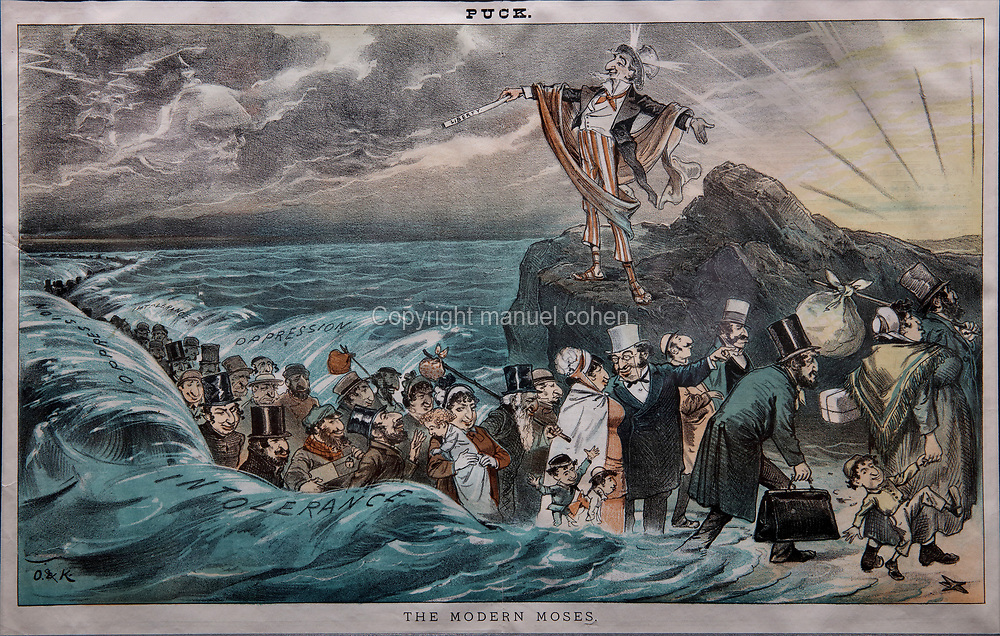