Hall, or Billiards Room, in the Chateau de Hardelot, originally the site of a 12th century castle, rebuilt over the centuries and finally redeveloped in the 19th century, in Condette, Pas-de-Calais, France. The room is restored to its 19th century appearance, with a billiards table of 1854 in Charles X troubadour style, bought by A Falliere in 1893. The corinthian columns date from the original chateau and were incorporated into the 19th century rebuilding. The current building dates from 1865-72, when its owner, Henry Guy, rebuilt the chateau in Neo-Tudor style. Since 2009 the building has housed the Centre Culturel de l'Entente Cordiale, with an arts programme involving France and Britain. It is situated within the Reserve Naturelle Regionale du Marais de Condette, a protected marshland area. Picture by Manuel Cohen 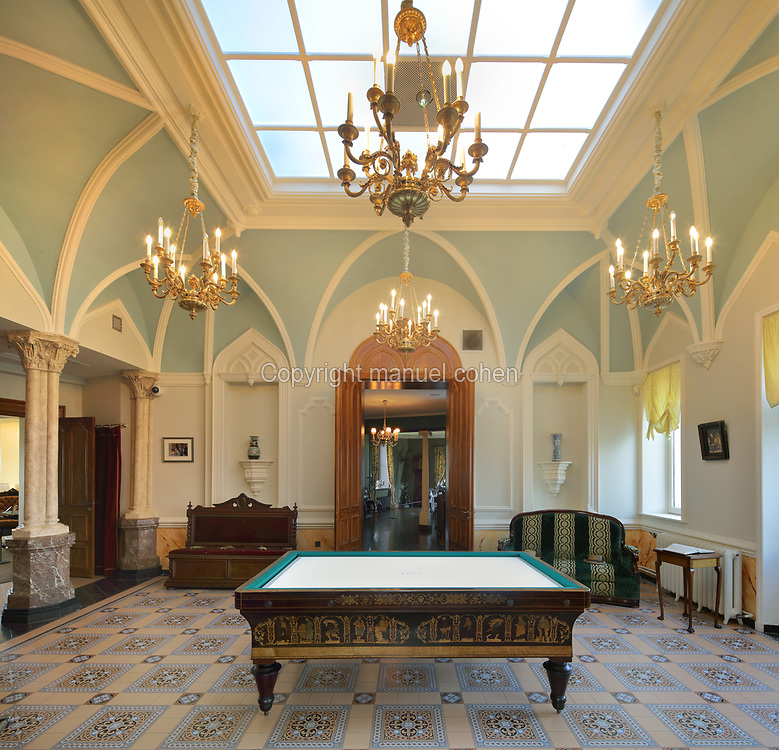