Lighthouse, erected by Emperor Nero in 64-65 AD, on the Western edge of the now silted harbour of Patara, Antalya, Turkey. It consists of a square podium 20x20m and a tower rising from the middle. The podium walls were cut from the bedrock and filled with rubble to resist earthquakes. The tower was 26m high and consists of 2 nested cylindrical structures connected through a spiral staircase. The cylindrical exterior wall, 6m in diameter, was built as a double-hulled structure using concavo-convex stone blocks. The staircases were connected to each other so as to increase the static resistance of the tower. On top of the lighthouse was a dome on an octagonal base created by arches on piers. The tower is accessed through a wooden gate to the West. A monumental inscription, originally set in gold-plated bronze lettering, circled the lighthouse at the top of the tower so that it could be read from a distance, stating that Emperor Nero erected the lighthouse for the safety of sailors. This is believed to be the oldest lighthouse in the world. Patara was a maritime Greek and Roman city on the South West Mediterranean coast of Lycia near modern-day Gelemis. It was said to be founded by Patarus, son of Apollo, and was famous for its temple and oracle of Apollo. It was a leading city of the Lycian League. Picture by Manuel Cohen 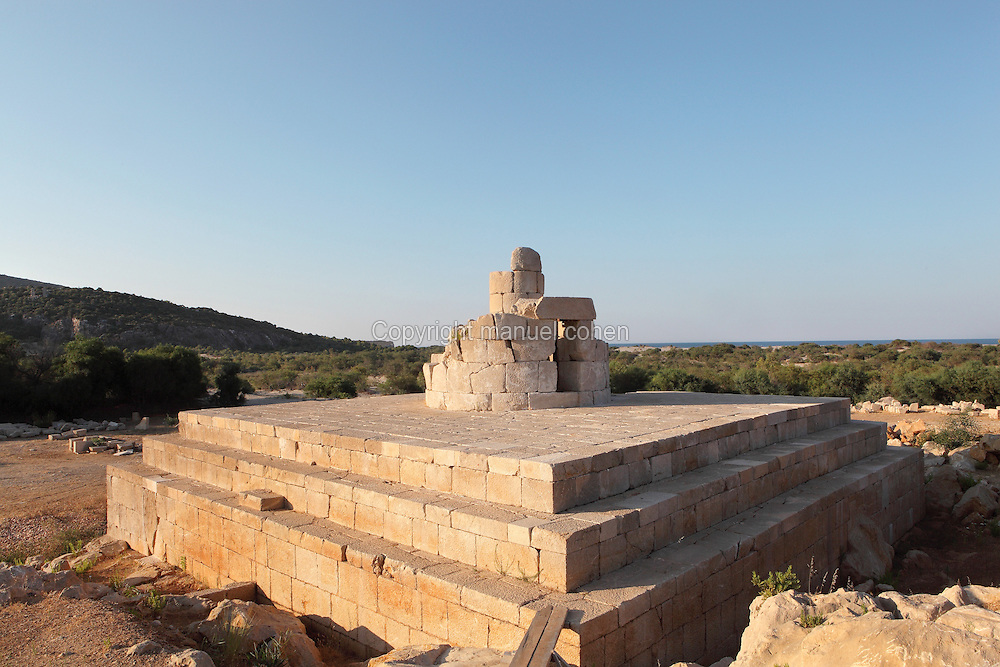