Hypostyle prayer hall, area built under Prince Abd Al-Rahman II, begun 832, in the Cathedral-Great Mosque of Cordoba, in Cordoba, Andalusia, Southern Spain. The hall is filled with rows of columns topped with double arches in stripes of red brick and white stone. The retroquire of the catholic cathedral is glimpsed through the columns. The first church built here by the Visigoths in the 7th century was split in half by the Moors, becoming half church, half mosque. In 784, the Great Mosque of Cordoba was begun in its place and developed over 200 years, but in 1236 it was converted into a catholic church, with a Renaissance cathedral nave built in the 16th century. The historic centre of Cordoba is listed as a UNESCO World Heritage Site. Picture by Manuel Cohen 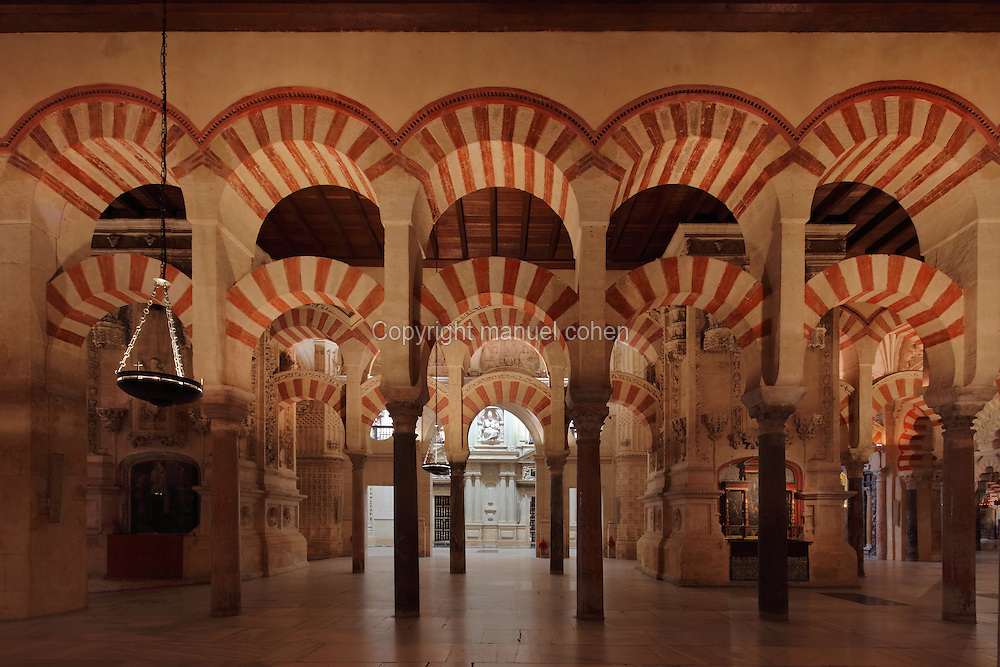