St Sernin giving his crozier to his disciple St Honest, with St Papoul on the right, all about to leave to spread the gospel to the pagans, holding the book of the Evangelists, on the sarcophagus of St Sernin, by the Master of Cabestany in Romanesque style, mid 12th century, in the Saint-Hilaire-D'Aude Abbey, built 11th - 14th centuries and closed 1748, when it became a parish church, Saint-Hilaire, Aude, Languedoc-Roussillon, France. St Hilary built the first chapel on this site in the 6th century, dedicated to St Sernin. In the 10th century his relics were discovered here and the church, then an abbey, rededicated to St Hilaire. Picture by Manuel Cohen 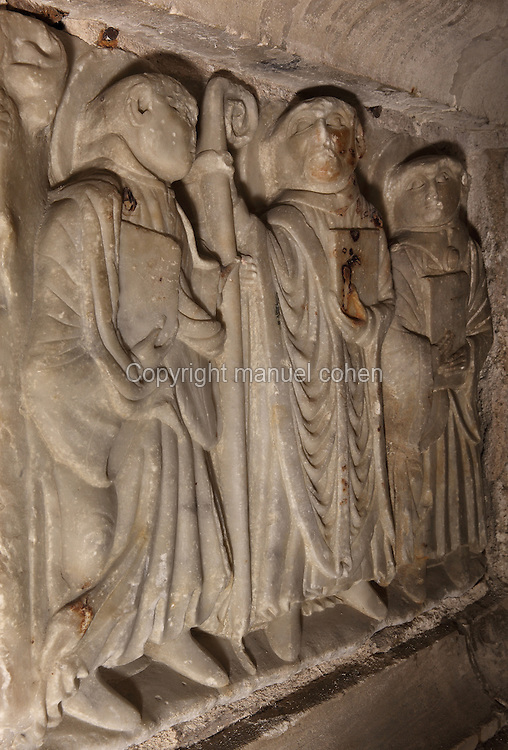