Les Braves War Memorial, commemorating American soldiers killed on 6th June 1944, 2004, by Anilore Banon, on Omaha Beach, between Port-en-Bessin and the Vire river, Saint-Laurent-sur-Mer, Manche, Normandy, France. The sculpture represents the Wings of Hope, Rise to Freedom, and Wings Of Fraternity. It was commissioned by the French government to commemorate the 60th anniversary of D-Day. Omaha Beach is where on June 6th 1944 the US Army 29th and 1st Infantry Divisions landed as part of the Allied Invasion, or D-Day landings, during the Second World War. Picture by Manuel Cohen 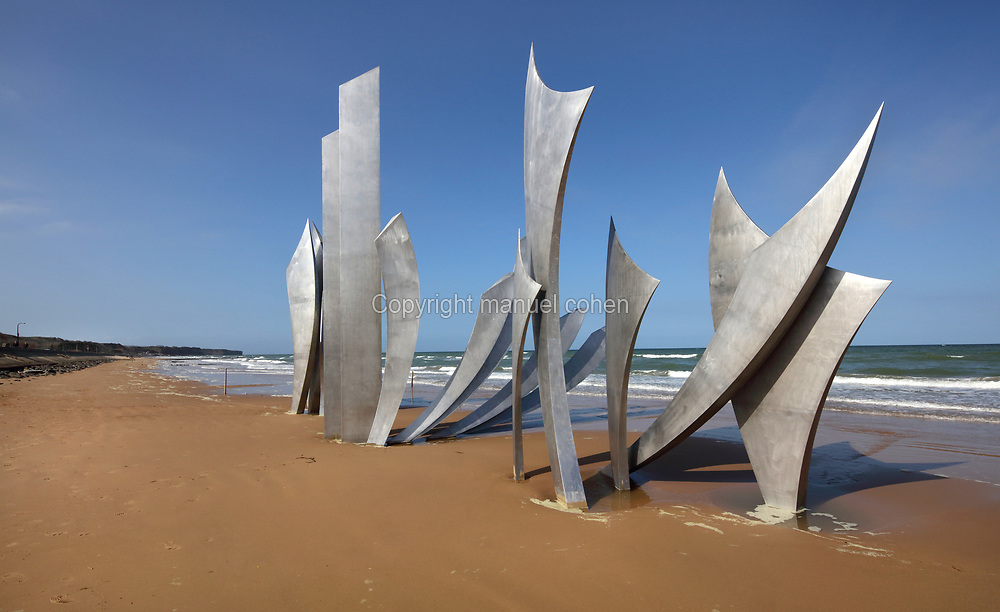