Mask and garland frieze from the Portico of Tiberius on the Southern portico of the Agora, 1st century AD, Aphrodisias, Aydin, Turkey. The Sculpture School at Aphrodisias was an important producer of carved marble sarcophagi and friezes from the 1st century BC until the 6th century AD. The Portico of Tiberius was built under the reign of Tiberius and has many examples of mask and garland friezes, consisting of the heads of gods, goddesses, theatrical characters, mythological figures or masks, each with a distinct facial expression, between hanging garlands of leaves, fruit and flowers. This example shows the smiling face of a child with long hair. Aphrodisias was a small ancient Greek city in Caria near the modern-day town of Geyre. It was named after Aphrodite, the Greek goddess of love, who had here her unique cult image, the Aphrodite of Aphrodisias. The city suffered major earthquakes in the 4th and 7th centuries which destroyed most of the ancient structures. Picture by Manuel Cohen 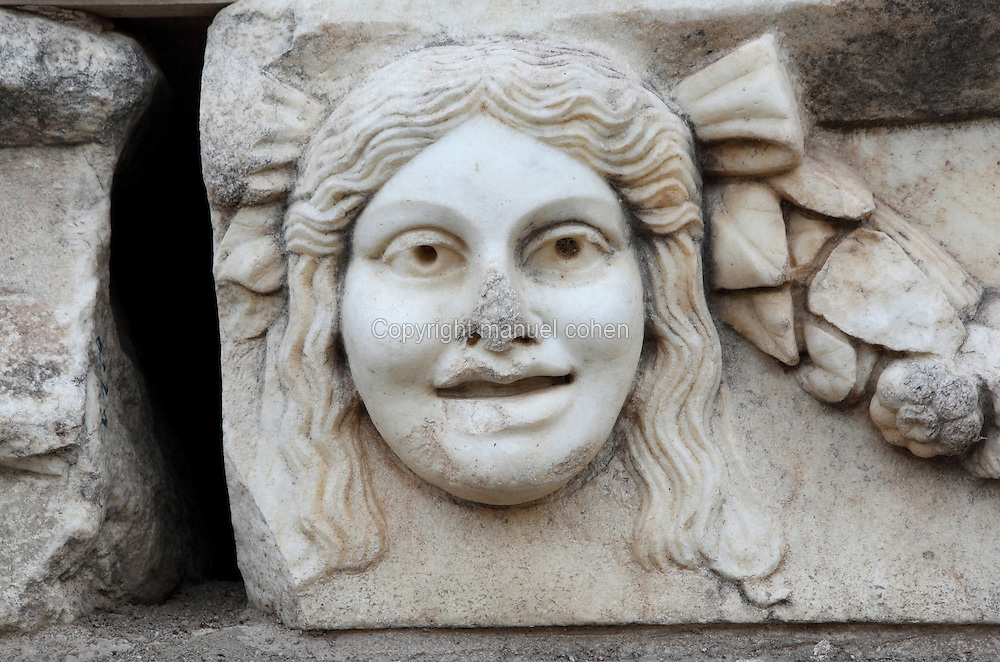