High angle view of the 17th century Cathedral in the Citadella, Victoria, Gozo, Malta, pictured on June 2, 2008, in the afternoon. The Republic of Malta consists of seven islands in the Mediterranean Sea of which Malta, Gozo and Comino have been inhabited since c.5,200 BC. Nine of Malta's important historical monuments are UNESCO World Heritage Sites, including the Citadella, which has been a fortified city since the Bronze Age. Sited on a hill above Victoria (or Rabat) which dominates the surrounding countryside and coast, it was built up by the Phoenicians and then the Romans into a complex Acropolis. In the Middle Ages the Citadel was used as a refuge for the population by the Order of the Knights of St John. In 1551 the island was attacked by Muslims and the population taken away into slavery. Picture by Manuel Cohen. 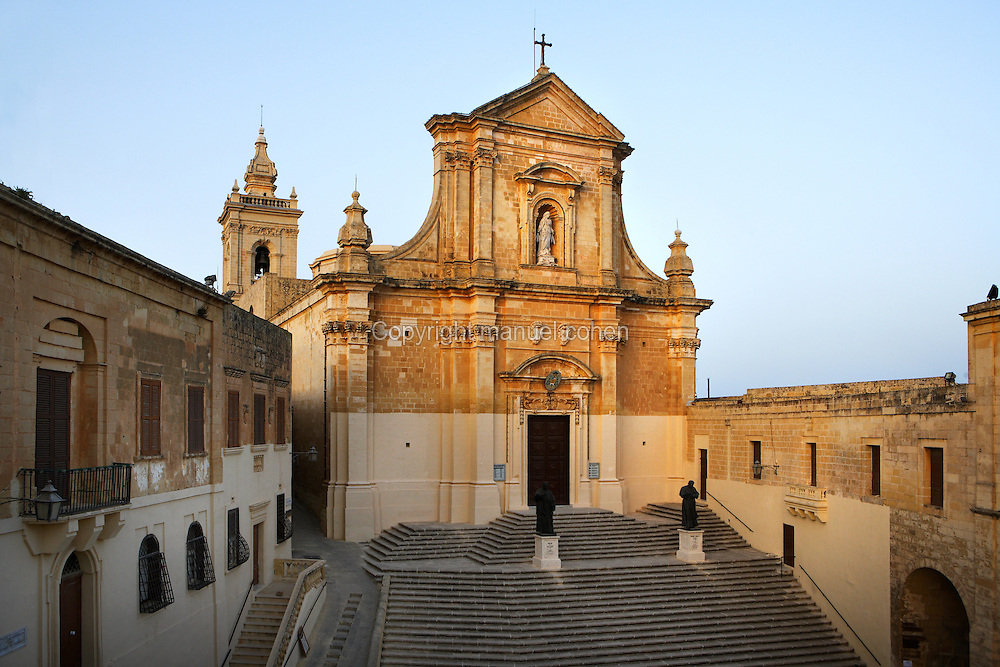