Detail of fresco depicting a Knight presented by St George to the Virgin, by Badile Bartolomeo, 14th Century, in the Chiesa S. Giorgetto dei Domenicani, also known as S. Pietro Martire, 1283, Verona, Italy. The Church, built by the Dominicans, contains 14th century frescoes which were covered over during the 19th century and damaged when the layer of plaster was later removed. They depict the Brandenburg Knights who arrived in Verona in 1354 to work with Cangrande II. Picture by Manuel Cohen. 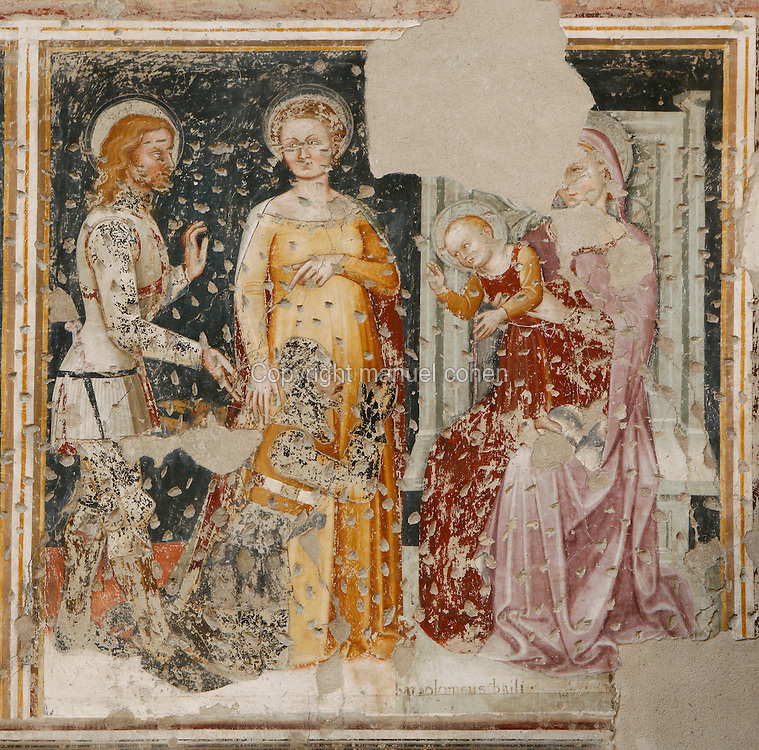