The Forbidden Reading, 19th century painting by by Karel Ooms, showing Sephardic Jews afraid of being caught reading their sacred texts during the Spanish Inquisition, from the collection of the Crespo Lopez family exhibited in the 16th century Palacio de los Olvidados or Palace of the Forgotten, in El Albayzin, the medieval Moorish old town of Granada, Andalusia, Southern Spain. The Palace is one of the few remaining old aristocratic houses in good condition, thought to belong to a Jew and now housing artefacts of Jewish culture and history. Granada was listed as a UNESCO World Heritage Site in 1984. Picture by Manuel Cohen 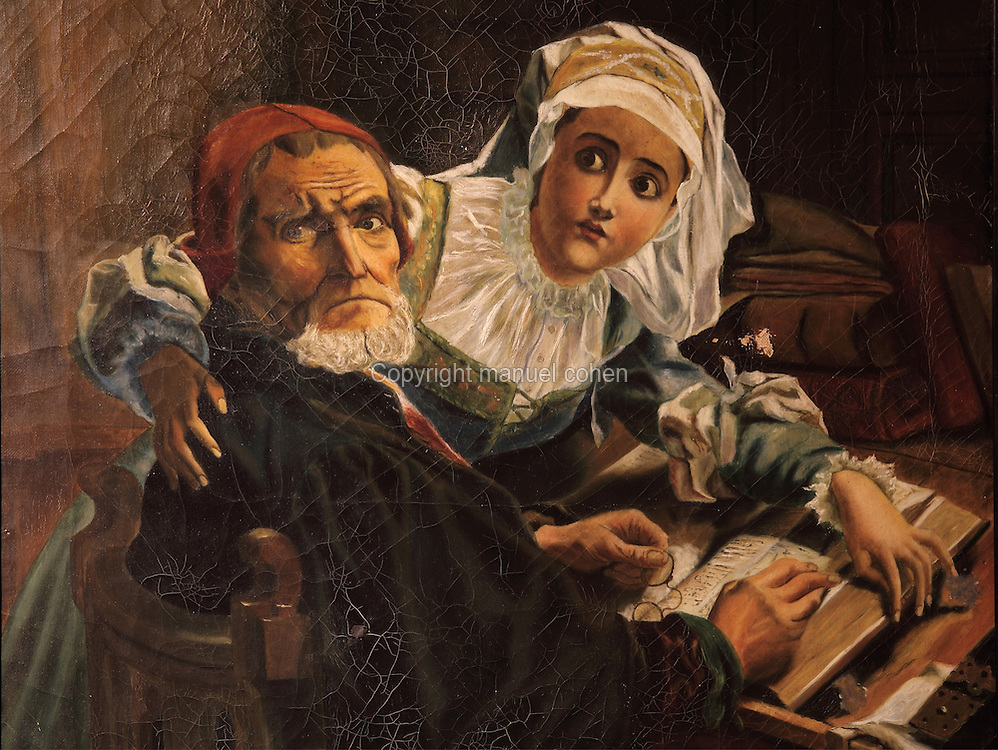