Sculpted detail from a marble sarcophagus showing figures fighting including one on horseback, at Ephesus, Izmir, Turkey. Ephesus was one of the most important centres in the ancient world for producing half-finished sarcophagi. They are of three types; garland, column or Attic. Many sarcophagi were found during the excavations of the area around Ephesus. In the necropolis are walled family tombs, monumental tombs, vauted tombs and sarcophagi within closed or open chambers. The sarcophagi were rectangular and were constructed of marble, stone, baked clay, or wood. Ephesus was an ancient Greek city founded in the 10th century BC, and later a major Roman city, on the Ionian coast near present day Selcuk. Picture by Manuel Cohen 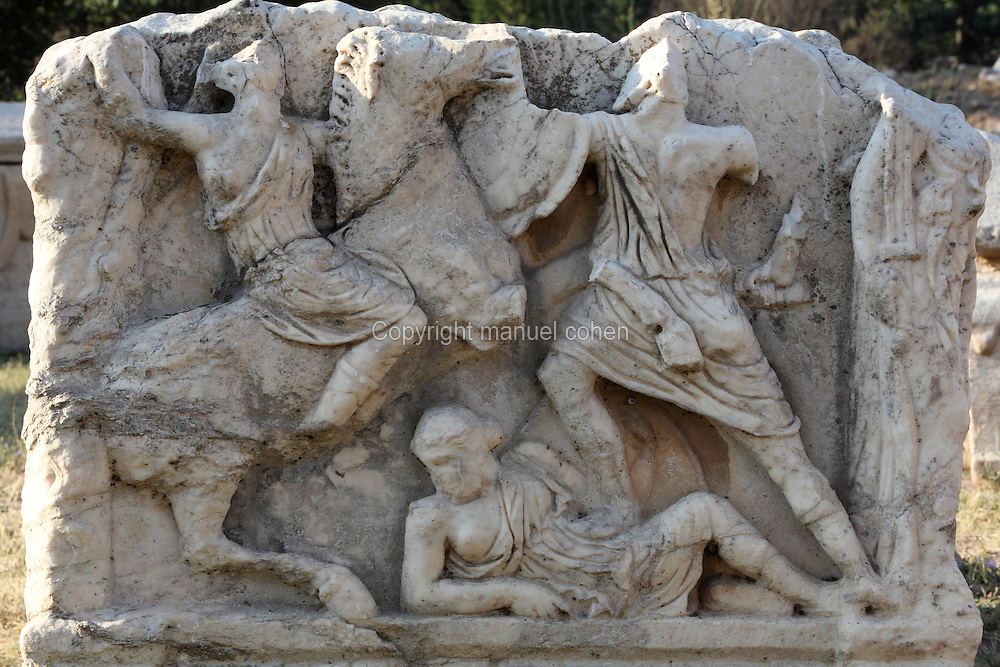